Zandile Mafe – Parliament fire accused has a list of demands 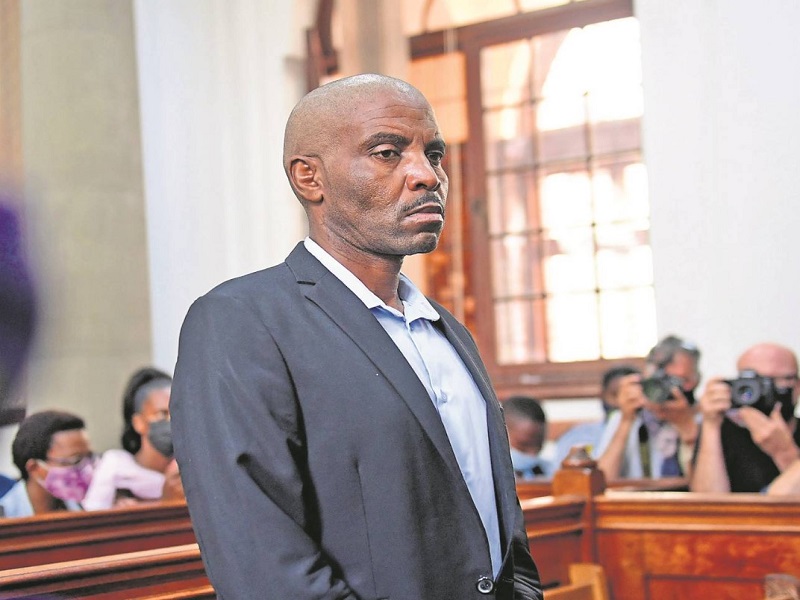 Parliament arson accused Zandile Mafe is demanding coffee, a kettle, a flat-screen TV, and a radio for his cell at Pollsmoor Prison.

This emerged when he again did not pitch for his pre-trial hearing in the Western Cape High Court on Friday, to the dismay of his lawyer, Luvuyo Godla.

“Briefly, my lord, we have a problem,” said Godla, in his unhurried and measured way of speaking.

“Mr Mafe has got some complaints.”

Mafe did not come to court at his last pre-trial date.

An orderly said Mafe was lying on his back, in his pyjamas, saying he was on a hunger strike because he was unhappy about how his trial was being handled.

Mafe is accused of starting a catastrophic fire, which gutted the National Assembly building on 2 January this year.

He intends pleading not guilty to charges of housebreaking with intent to commit arson, as well as arson, infringement of the Protection of Constitutional Democracy Against Terrorism and Other Related Activities Act; alternatively, discharge or detonation of an explosive or lethal device, and theft.

Godla said Mafe was demanding some items of necessity for his cell in Pollsmoor.

He wants coffee, a kettle and a radio to listen to the news. After the matter, Godla told the media that Mafe also wants a flat-screen TV.

“He complains that the water is very cold for a bath [at Pollsmoor],” said Godla, while some of the lawyers present chortled quietly into their frilly white bibs.There have been three meetings at Pollsmoor over these requests, and it has already been a hard ‘no’ to the kettle. “Due to incidents of inmates burning each other,” said Godla.

Mafe is also angry about delays regarding his leave to appeal the refusal of bail.

“I want to distance myself from this conduct because I am trying to be patient with him,” said Godla.

The matter was postponed to 4 November.