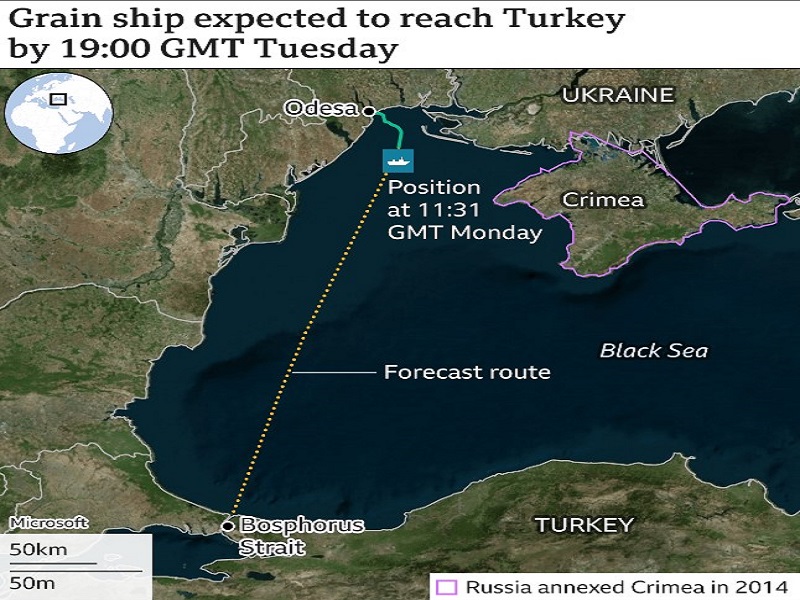 The first ship carrying grain has left a Ukrainian port under a landmark deal with Russia.

It is hoped the renewed shipments will ease the global food crisis and lower the price of grain.

Turkey said the Sierra Leone-flagged vessel, the Razoni, would dock at the port of Tripoli in Lebanon, adding that further shipments were planned over the coming weeks.

The Joint Co-ordination Centre, set up in Istanbul under the deal, said the ship was carrying some 26,000 tonnes of corn and was expected to arrive in Turkish waters for inspection on Tuesday.

Ukraine’s Minister of Infrastructure Oleksandr Kubrakov told the BBC the Razoni was an important test to show the deal would work, with Turkey aiding its safe navigation through dangerous waters.