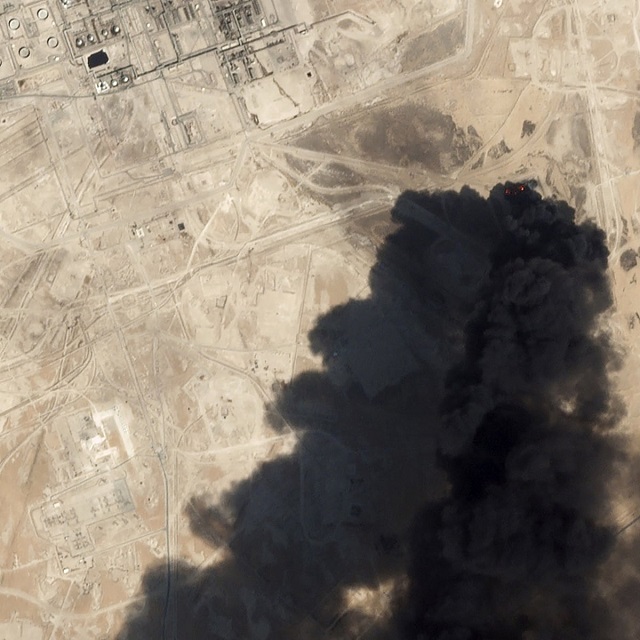 Satellite photos obtained by The Associated Press appear to show the aftermath of a fatal attack on an oil facility in the capital of the United Arab Emirates claimed by Yemen’s Houthi rebels.

The images by Planet Labs PBC analyzed by the AP show smoke rising over an Abu Dhabi National Oil Co. fuel depot in the Mussafah neighborhood of Abu Dhabi on Monday. Another image taken shortly after appears to show scorch marks and white fire-suppressing foam deployed on the grounds of the depot.

The Abu Dhabi National Oil Co., known by the acronym ADNOC, is the state-owned energy firm that provides much of the wealth of the UAE, a federation of seven sheikhdoms on the Arabian Peninsula also home to Dubai.

ADNOC did not immediately respond to questions from the AP asking about the site and damage estimates from the attack. The company said the attack happened around 10 a.m. Monday.

The attack killed two Indian nationals and one Pakistani as three tankers at the site exploded, police said. Six people were also wounded at the facility, which is near Al-Dhafra Air Base, a massive Emirati installation also home to American and French forces.

Another fire also struck Abu Dhabi International Airport, though damage in that attack could not be seen.