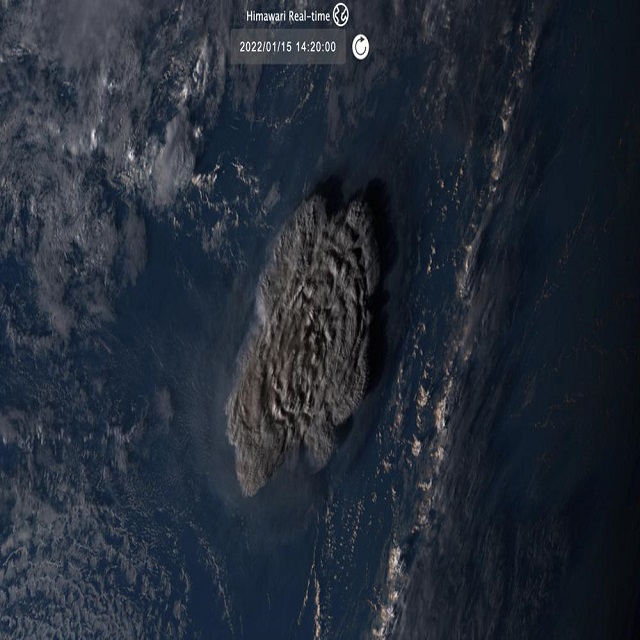 The tsunami threat around the Pacific from a huge undersea volcanic eruption began to recede Sunday, while the extent of damage to Tonga remained unclear.

Satellite images showed the spectacular eruption that took place Saturday evening, with a plume of ash, steam and gas rising like a mushroom above the blue Pacific waters. A sonic boom could be heard as far away as Alaska.

In Tonga it sent tsunami waves crashing across the shore and people rushing to higher ground.

The eruption cut the internet to Tonga, leaving friends and family members around the world anxiously trying to get in touch to figure out if there were any injuries and the extent of the damage. Even government websites and other official sources remained without updates on Sunday afternoon.

New Zealand Prime Minister Jacinda Ardern said there had not yet been any official reports of injuries or deaths in Tonga, but cautioned that authorities hadn’t yet made contact with some coastal areas and smaller islands.She said there had been significant damage to boats and shops along the Tongan coastline.

One complicating factor to any international aid effort is that Tonga has so far managed to avoid any outbreaks of COVID-19. Ardern said New Zealand’s military staff were all fully vaccinated and willing to follow any protocols established by Tonga.