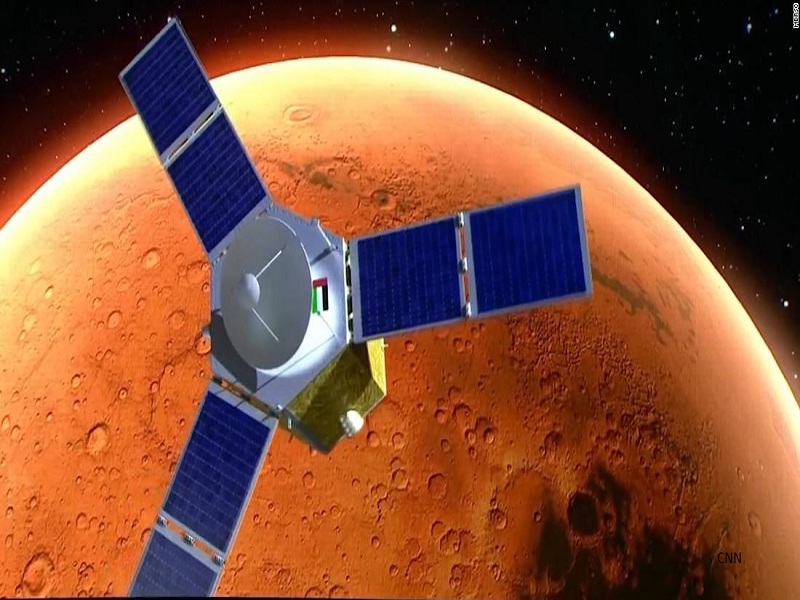 The United Arab Emirates-government has published a picture of Mars taken from the contracted surveillance probe Amal, from some 25,000 km above the planet, has been published by the Arab state’s government. The picture was taken on Wednesday, just after the robotic spacecraft reached its Mars orbit on its journey that began last July.

Amal, which means “Hope” in Arabic, was manufactured at the Laboratory for Atmospheric and Space Physics in Colorado, with Emirati engineers participating. Japan’s Mitsubishi Heavy Industries provided a H-IIA rocket for its launch, which was from the Tanegashima Space Center.

The probe is being commanded by mission control at the Mohammed bin Rashid Space Center (MBRSC) in Dubai. Amal’s scientific program includes the study of Mars’ atmosphere and how Earth’s cold neighbor is losing it. The orbiter is expected to remain operational for at least two years.