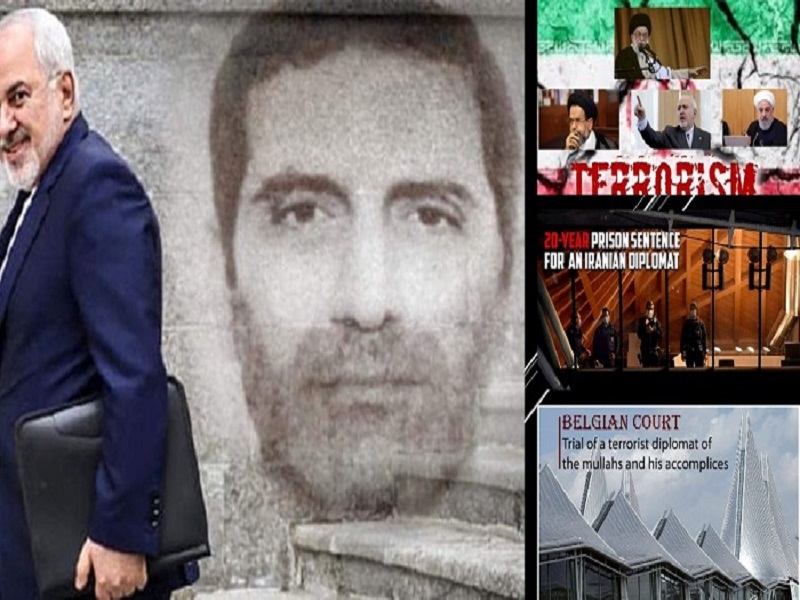 A Belgian court has convicted an Iranian diplomat for plotting a thwarted 2018 bombing of an exiled opposition group outside the French capital, Paris, and ordered him jailed for 20 years.

Belgian prosecution lawyers and civil parties to the prosecution today said the Vienna-based diplomat, Assadolah Assadi, was guilty of attempted “terrorism” after a plot to bomb a rally of the National Council of Resistance of Iran (NCRI) in June 2018 was foiled by German, French and Belgian police.

The ruling marked the first trial of an Iranian official for suspected “terrorism” in the European Union since Iran’s revolution in 1979.

Assadi, now 49, was attached to the Iranian mission in Austria when he supplied explosives for the planned attack. He was arrested in Germany, where he did not have diplomatic immunity.

Three accomplices were given jail terms and were stripped of their Belgian citizenship.

Belgium-based Iranian poet Mehrdad Arefani was an accomplice of Assadi’s who had been due to guide the couple at the rally. He was jailed for 17 years.