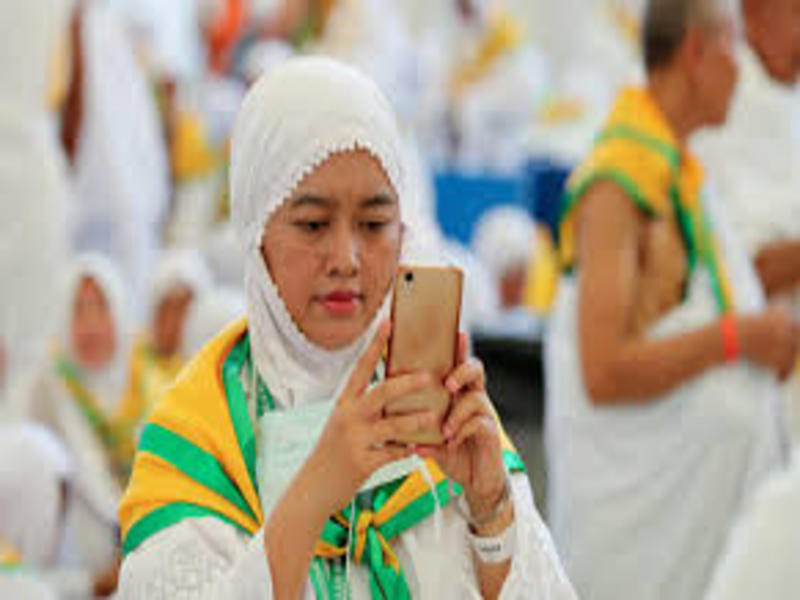 Tech-conscious Indonesian Hujjaj this year can count on their smartphones to make hajj journey easier by using the updated Smart Hajj application launched by the Ministry of Religious Affairs.

Available only to Android smartphone users since 2016, the app is available on Google Play Store and has been updated from its earlier version with more features on its menu.

Hujjaaj can get information about their hotels, modes of transport, and a menu of the food they will eat throughout the journey by logging in the app, he added.

By entering the code of their flight group, Hujjaaj can find out which hotel they will stay at in Makkah and Madinah, along with the map and online directions to get to the hotel and information on the facilities the hotel provides.

The Hujjaaj can also get information on the kind of food on the menu prepared for them on a specific day during their stay. Mastuki said this is an updated feature which previously only showed an example of a menu for the pilgrims.

Other features include weather prediction, flight schedule, prayer times, currency exchange rate, a Hajjpedia which provides a glossary of Hajj terms, an Indonesian-to-Arabic translation service for simple, everyday phrases pilgrims will need to get around the holy sites and tutorial videos on how they can use the services provided during the pilgrimage.

The app has been downloaded more than 10,000 times and has received mixed reviews from 395 users, of which 240 gave the app five stars. Some complaints in the reviews said the screen sometimes goes black and white and that it was still “too buggy.”

“Pilgrims can also submit complaints on problems they found during this year’s pilgrimage by logging in to the feature using their passport numbers,” said Sri Ilhma Lubis, the ministry’s director for Hajj services, during the app launch on July 15.

Mastuki said in future the government plans to integrate data from the ministry’s Hajj management system portal as well as data from the smart wristband containing the personal information of each pilgrim to the application.

According to data from the ministry, 81,618 Indonesian pilgrims had already arrived in Saudi Arabia on Saturday and 13 have died.

Up to 221,000 pilgrims are expected to depart from Indonesia this year and the last Hajj departure will be on Aug. 14.