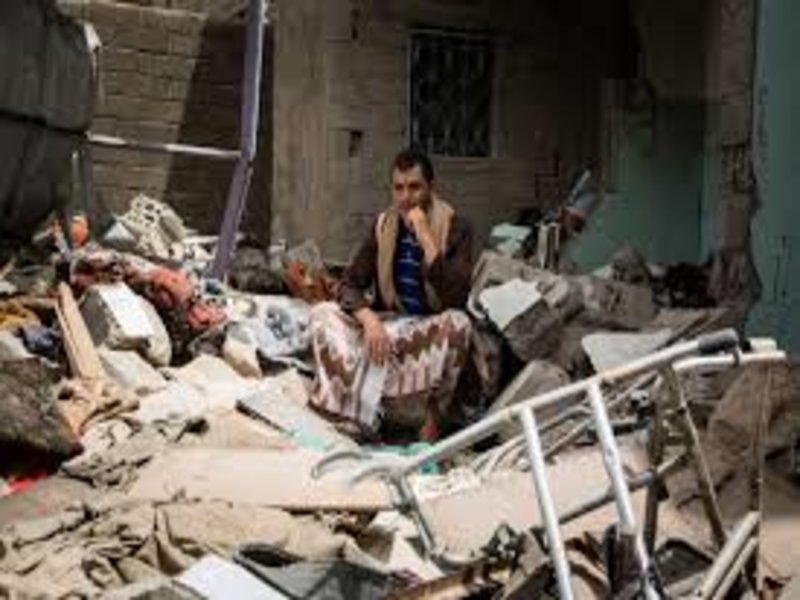 The three-year war in Yemen has killed more than 10,000 people.

The fighting has reached most parts of the country, even areas deep in Yemen’s mountain ranges.

In Al Shaqab village, on the country’s front line, Ahmed Ghaleb’s family has paid heavily in the fighting.

“My daughter was shot in the spine; she’s been paralysed for a year and a half. A rocket hit my other daughter’s house, the explosion made her go deaf. I’m injured in the foot. I was injured twice. We went out to pray and were faced with people shooting at us.” Ghaleb said.

Another Al Shaqab resident Naseem Obaid lost her husband in the fighting.

“He left out of the door. I woke up and he was dead. Next to the door,” Obaid said.

“He’s been getting me medical treatment for 30 years. Now he’s not here anymore. Now who’s going to treat me? I’m poor.”