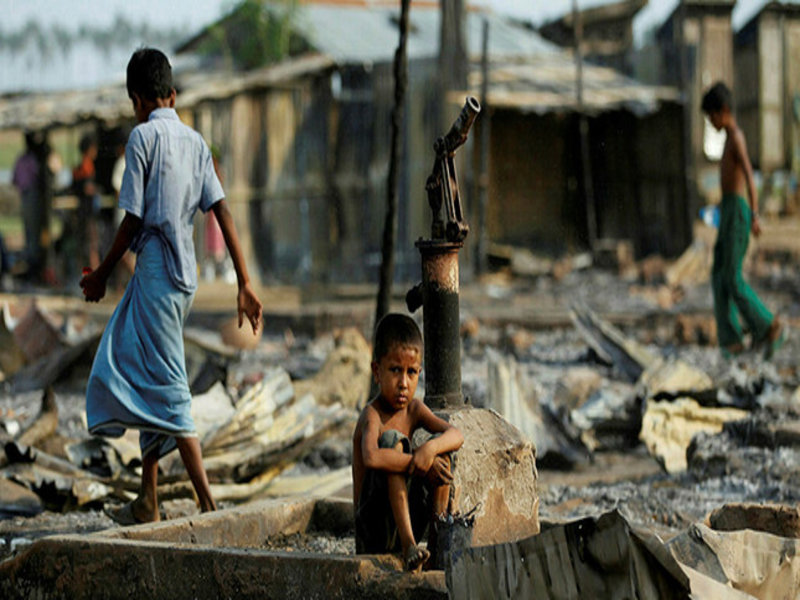 The United Nations has labelled Burma’s refusal to grant access to Rakhine state – the scene of alleged ethnic cleansing of Rohingya Muslims – as “unnacceptable”.

“The access we have in northern Rakhine state is unacceptable,” the head of the United Nations humanitarian office, Mark Lowcock, told reporters in Geneva.

He added he believed a “high level” UN team would be able to visit the region in “the next few days”.

More than half a million Rohingya people have crossed the Burmese border into Bangladesh, making this the world’s fastest-developing refugee emergency.

“This flow out of Myanmar has not stopped yet, it’s into the hundreds of thousands of Rohingya (who are) still in Myanmar, we want to be ready in case there is a further exodus,” Mr Lowcock said.

Earlier this week, the UN warned of the immense pressure to accommodate refugees who have fled to neighbouring Bangladesh, in an appeal for $430 million to provide aid for those displaced.

“They bring with them terrible accounts of what they have seen and suffered – stories of children being killed, women brutalised, and villages burned to the ground.”

Bangladesh this week announced it would build one of the world’s biggest refugee camps for the hundreds of thousands of Rohingya Muslims who have sought asylum in the country.

Authorities plan to expand a refugee camp at Kutupalong near the border to help alleviate the pressure placed on the camp by the huge influx of refugees.

The Burmese government has claimed members of the persecuted minority have been destroying their own homes, but this is disputed by Rohingya refugees, who say the military and Rakhine Buddhists are setting their villages alight to drive them out following attacks by Rohingya Muslim militants on police posts.

In August, Rohingya Muslim insurgents attacked several police posts and an army base, which led to a military crackdown that has resulted in the deaths of at least 400 people and forced tens of thousands to flee.