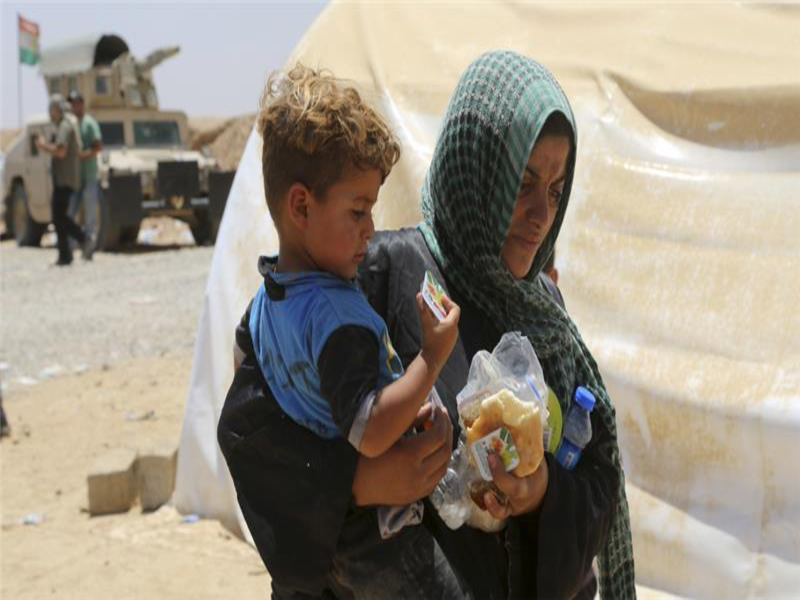 Civilians caught in the crossfire of the military operation to retake the city of Mosul from the Islamic State of Iraq and the Levant (ISIL, also known as ISIS) may face abuse, execution and torture, Amnesty International has said.

Titled “Punished for Daesh’s Crimes”, the report is based on interviews with more than 470 individuals, from detainees to witnesses and relatives of those abused by ISIL, Iraqi government forces and other armed groups. Publishing the report only two days into the Mosul operation, Amnesty said it aims to raise alarm “about the risk of mass violations”.

“As the battle to retake Mosul gets underway, it is crucial that the Iraqi authorities take steps to ensure these appalling abuses do not happen again,” said Philip Luther, the group’s research and advocacy director for the region. “States supporting military efforts to combat IS in Iraq must demonstrate they will not continue to turn a blind eye to violations.”

The report found that under ISIL, Iraqi civilians, mainly minorities, face abuse in the form of deliberate attacks against them, mass killings, abductions, rape and sexual violence, among other human rights violations. Their mistreatment, however, does not end there, according to the report.

Even after fleeing ISIL, thousands of men and boys, mainly Sunni Arabs, were rounded up by Iraqi security forces or armed groups backed by the government, on suspicion of links to ISIL, the report says.

Amnesty found that the Popular Mobilisation Units (PMU), a group of militias sponsored by the Iraqi government, was responsible for many of the abuses.

“PMU militias and government forces have repeatedly perpetrated such crimes, targeting Sunni men and boys in revenge and sectarian attacks, as a sort of collective punishment for atrocities committed by IS against Shia and other communities,” said Donatella Rovera, the senior crisis response adviser for Amnesty.”

“They have abducted thousands, most of whom remain ‘disappeared’, and have tortured and/or summarily executed many others.”

The PMU, comprised mostly of Shia militias but also include Sunnis and other sects, were officially designated part of the Iraqi armed forces in February 2016 after they took center stage in the fight against ISIL in 2014.
They have been repeatedly accused of the crimes detailed in the Amnesty report.

Despite Iraqi government promises to take precautions to protect the 1.5 million civilians stuck in the city, their fate remains unknown, especially as they try to flee. “We know ISIL prevents residents from leaving, and those who manage to flee do so at great personal risk,” said Rovera.

While the goal to liberate Mosul may be good for the long-term, Rovera believes that depending on the operation, “it is fair to say that combat will likely leave civilians at heightened risk”.

The United Nations said that up to one million could be forced to flee their homes, in addition to the half a million who fled when ISIL took over in 2014.

While the recapture of the city may be a step forward for its residents, many fear the struggle for control of the city that may ensue could put civilians in a vulnerable position once again. Mosul, the second largest city in Iraq, may become a microcosm of the security vacuum that was unleashed after the US invasion.

Fanar Haddad, analyst and author of the book Sectarianism in Iraq, says there is “a clear consensus that the difficulties in Mosul are more political than military”.

Haddad said ,”It is unclear what post-IS governance will look like in Mosul given the clashing agendas and competing forces that are at play.”

“The recapture of Mosul offers Iraq a chance to embark on a more politically sustainable path. However, and as ever, the odds are against Iraq: Given how much will be up for grabs, the redemptive potential of Mosul’s liberation is going to depend on the goodwill of an unwieldy number of actors both within Iraq and beyond.”