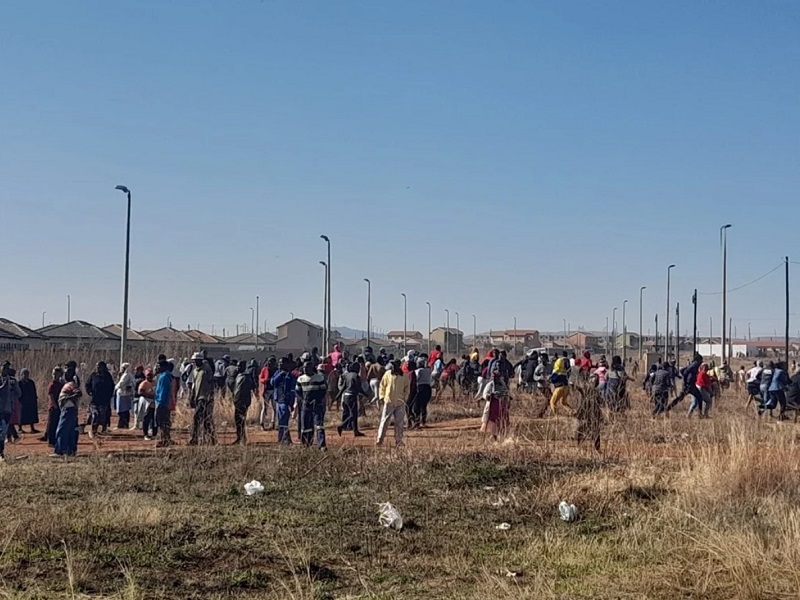 Rampaging residents looking for suspected illegal miners clashed with the police, pelting them with stones and bottles and accusing them of siding with the zama zamas.

Police used pepper spray and fired rubber bullets on Wednesday to prevent the residents of Borwa, a newly developed township on Gauteng’s West Rand, from crossing over Jan Blignaut Road to where they claimed that illegal miners were hiding.

Residents, who barricaded the road that runs from Westonaria to the N12 with burning tree branches and tyres, complained that illegal miners operating from a nearby mine dump were “terrorising” them.

Thembi Xuli, who was among those who pelted the police with stones, said: “We want to go [to the mine dump]. The police have taken sides with the illegal miners. Why are they stopping us? Why are they protecting them? Those people are victimising us. We are tired. We want them out.”

Some residents who hid in their yards also threw stones at the police and shouted for illegal miners to leave.