Two Sides at War but One Ummah 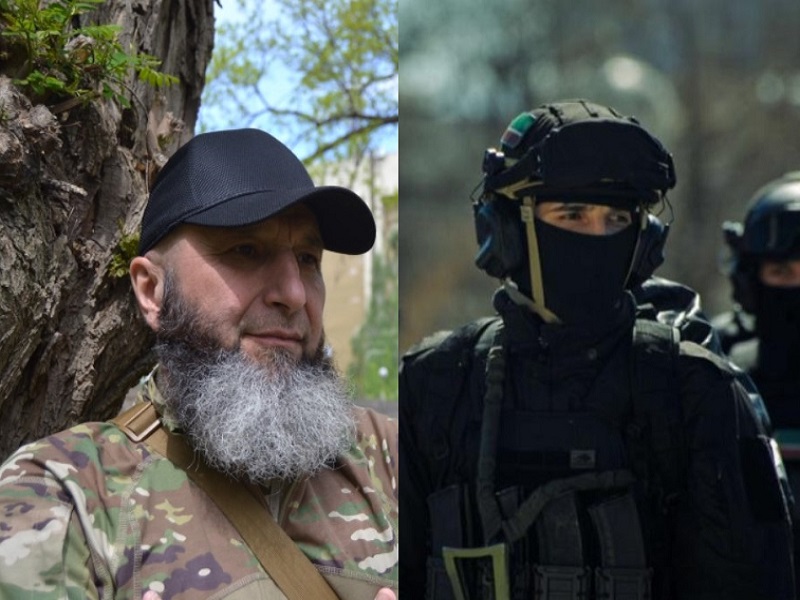 The significance of Muslim Media is that we abide by absolute truth…to be candid it’s not always easy to know or present the truth. That’s when you bring to light everyone’s side because some are less heard than others. Throughout my entire life I have observed one constant fact about the Ummah we will never be at peace until Palestine is free because until then we will never be united either.

‘Mujahideen’ among the Russian forces

Since several Muslim soldiers are fighting in Ukraine among the ranks of the Russian troops, there is considerable debate and propaganda if they can be considered ‘mujahideen’ who fight in ‘the path of Allah’ or ‘disbelievers’.

A few days after the beginning of the Ukraine conflict, media reported that the Chechen kadyrovtsy could have been deployed on Ukrainian soil to support what the Kremlin has always defined as a ‘military special operation’.[1] Therefore, there was a massive debate and propaganda in the Russian language on how the Muslim ummah (community) should have considered those Muslims, especially the Chechens, who were fighting for the Russian or Ukrainian Armed Forces.

According to Adam Shakhidov, adviser to the Head of the Chechen republic, the Muslims who participate in the ‘special operation’ in Ukraine are Mujahideen who work in the way of Allah, and the one who dies on this path becomes a Shaheed (martyr).

Ali Khadzali stands among the blown-out buildings of his hometown, Kharkiv, about 50 kilometres (31 miles) from Ukraine’s border with Russia.

Since Russia’s full-scale invasion began in February, Khadzali has worked with a team of six volunteers to provide humanitarian assistance and evacuate people from areas hit hard by the fighting.

Khadzali, a warm, charming 30-year-old, wears a skullcap, a hoodie, and cargo pants. He is on a break between the day’s duties early one afternoon in mid-May. Russian forces have been pushed back from the city, but intense shelling has reduced much of the northern suburbs to debris.

The distant rumble of artillery still reverberates through this now empty neighbourhood. Nearby, a large playground with colourful swings and seesaws is strangely intact, framed by high-rise buildings blackened and scarred by weeks of bombardment.

Khadzali was born in Kharkiv, Ukraine’s second-largest city, to a Ukrainian mother and a Syrian father. He would regularly visit Syria until war broke out there in 2011. In 2015, Russia’s intervention in Syria’s now 11-year-old civil war tipped the scales in favour of the Assad regime.

“Both of my homelands, Ukraine and Syria, were invaded by Russians,” Khadzali says.