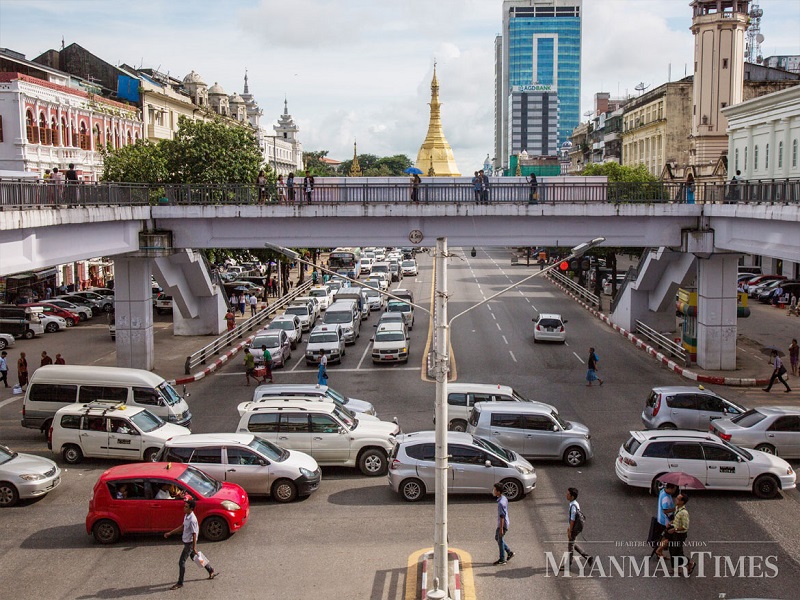 Dozens of vehicles are blocking key roads across Myanmar’s main city Yangon, in what appears to be a new tactic employed by protesters.

It comes as tens of thousands of people gather downtown, in what organisers hope will be the biggest protest yet.

The UN special rapporteur for Myanmar, also known as Burma, has warned of potential violence. Demonstrators are demanding the release of their elected leaders following a 1 Feb military coup. Aung San Suu Kyi and other leaders have been detained by the military.

Today’s protests, which have nearly paralysed traffic in downtown Yangon, come just a day after Ms Suu Kyi was handed a second criminal charge. A campaign on social media calling for protesters to deliberately block roads started gaining traction early today. Its aim was apparently to stop civil servants from going to work and hinder the movements of security forces.

Dubbed “Road Blocking Day”, it has seen many posting pictures online of vehicles with raised bonnets and boots parked across several roads in Yangon, making the streets impassable to traffic.

The protest is the latest in a mounting civil disobedience movement in the country, which has also seen strikes by doctors and teachers, and boycotts of products and services owned by the military.