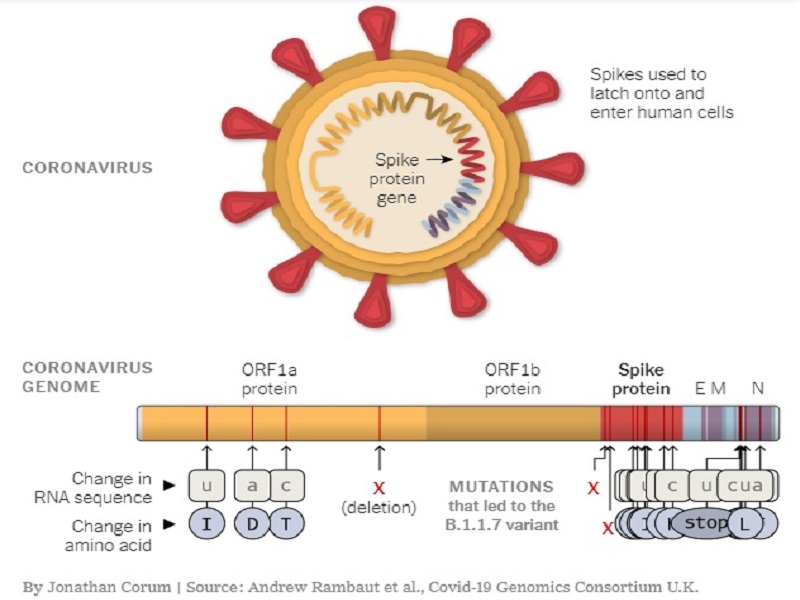 Since being detected in September in Kent, in southeast England the B.1.1.7 variant has spread to more than 50 countries and now experts in the United Kingdom believe that the variant is likely to “sweep the world” and become the most dominant global strain

Today Sharon Peacock, director of the COVID-19 Genomics UK Consortium expressed concern that the 1.1.7 variant was beginning to mutate again and get new mutations saying it could affect the way that we handle the virus in terms of immunity and effectiveness of vaccines.

The new mutation Peacock referred to, first identified in Bristol, in southwest England, has since been designated a “variant of concern” by the UK’s New and Emerging Respiratory Virus Threats Advisory Group.

There are so far 21 cases of that variant, which has what is known as E484K mutation. Scientists believe the E484K mutation may help the coronavirus evade antibodies, potentially reducing the efficacy of vaccines.

The corona virus has killed more than 2.3 million people and turned normal life upside down for billions since the pandemic erupted in December 2019.

The UK has recorded nearly four million cases and the virus has killed more than 115,000 people, one of the world’s highest death tolls.