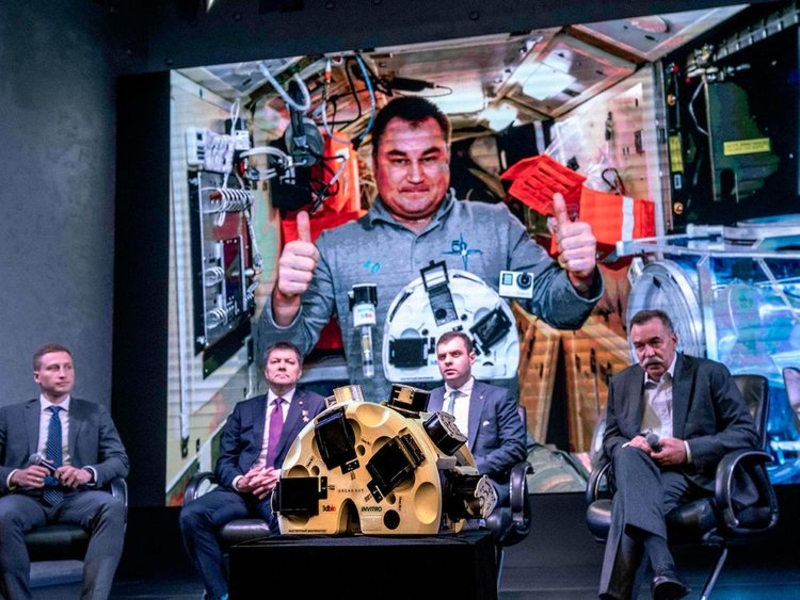 The prospect of astronauts tucking into a roast dinner has grown slightly closer after a successful experiment used a 3D printer to create meat on the International Space Station.

The experiment – an international collaboration involving US, Russian and Israeli companies – was carried out in September by cosmonaut Oleg Skripochka in the station’s Russian segment using a 3D printer developed in Moscow.

The creators say it is the first to create a small amount of artificial meat in conditions of weightlessness.

“It’s one small nibble for man, one giant bite for mankind,” said Yusef Khesuani of 3D Bioprinting Solutions, the Russian laboratory that created the bioprinter.

The laboratory was founded by Invitro, a large Russian private medicine company.

The Roscosmos space agency part-financed the experiment as of national importance.

“It was really a breakthrough both for Roscosmos and Russia as a whole,” said Nikolai Burdeiny, executive director of the state space corporation, which includes Roscosmos.

“For us it was the first experience of international scientific collaboration in space,” Khesuani said, using cells provided by Israeli and US food-tech companies.

“Thank God the experiment went successfully… All the cells showed a good result in space,” he added.

Astronauts eat meat on board that is vacuum-packed or dried on Earth but this technology could ultimately be necessary for long voyages into deep space, said veteran cosmonaut Oleg Kononenko.

“If we’re going to fly further from Earth to other planets in the solar system, we can’t take that volume of food with us,” he told AFP.

“In any case we will have to grow and produce food onboard the spaceship.”

“I think progress is developing very quickly, science and knowledge, and I think this will be within our lifetimes,” he said.

Creating larger amounts of meat in the Russian segment will need more complex equipment than the current printer, said Khesuani.

“Then we can create not just small objects but big ones, made of a large mass of cells.”

“I hope we will continue these experiments.”

Other space agencies are also carrying out experiments in this area as making human tissue in space is easier than in conditions of gravity.

An American 3D printer launched to the station in July can manufacture human tissue and is also being used for experiments by the European Space Agency.