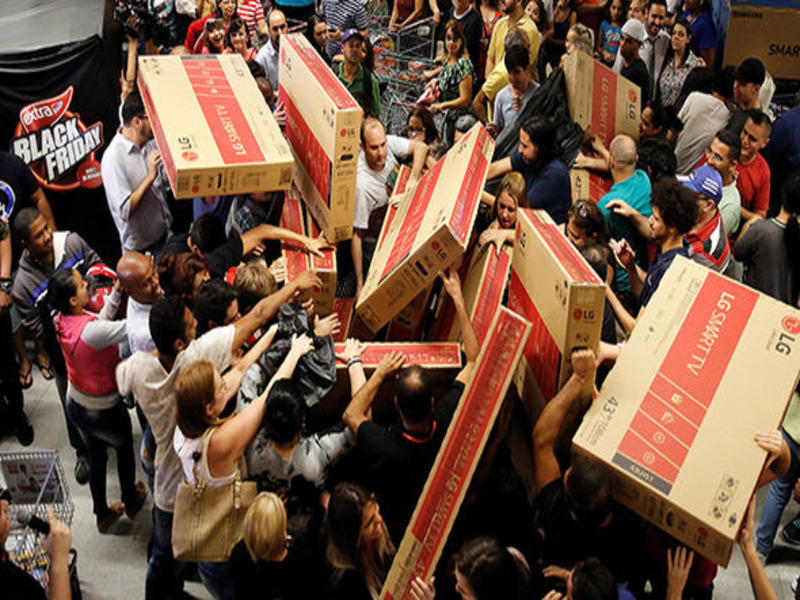 Black Friday has become more than a day, it’s an event marked on calendars globally. A day which leaves customers in a shopping frenzy and retail stores in pandemonium.

Black Friday fever grips ardent shoppers with “never to be repeated special” and has them eagerly awaiting opening times on Friday the 23rd of November. The western culture of holiday buying and hoarding has engulfed us to such an extent that we tend to scrutinize the Black Friday promotional catalogues ‘just in case that other store has it cheaper’.

Then, with planning and preparation for the day done well in advance, shoppers take advantage of early store opening times and midnight rushes to buy everything from electronics to furniture, babywear to groceries.

Considering that this kind of mass sale occurs every year, determined shoppers make certain that they are geared up and position themselves in front of the stores in spiraling queues. Some even go to the extent of camping outside their favourite outlets hours before.

This materialistic practice brings out the worst behaviour in people as well. Traffic jams and rude drivers have made us all too familiar with road rage, but the same kinds of scenarios without the cars also make us susceptible to another phenomenon, shopping rage. Crowded stores and spiraling queues can turn the calmest person into a terrifying lunatic. With Trolleys flying down aisles, items being pulled off racks and shoppers frantically searching for the best deals, these stores quickly become the breeding ground for problems.

Throw in the scramble for a crazy deal, and any store can turn into a royal rumble.

I’m broke but I can’t miss black Friday!
If you think deeper, Black Friday kind of defeats the purpose of trying to save money, by shopping during Black Friday sales you actually tend to make a lot more impulse purchases. The problem with these impulse buys is that you don’t always know if they’re actually good deals or not. The retailers lead you to believe that you can’t afford to miss out on the specials, so regardless of a person’s financial situation, they are tempted to spend loads of money, even if they are broke, often tapping into credit facilities. You hear of people saving for months just to spend on this day, but do we give our Eid shopping this kind of importance?

Don’t be fooled
Steeped in Christian origins, Black Friday is an informal name for the day following Thanksgiving Day in the United States, the fourth Thursday of November, which has been regarded as the beginning of the country’s Christmas shopping season since 1952. This western commercial idea lures customers to the stores with false promises. We often see a black Friday sale item is offered in “limited quantities” with no rain check available. The funny bit is that these quantities are so limited in some cases, that the stores are only required to have three or four in stock, even though they expect thousands of customers to show up.

Sadly though, a lot of Muslims fall prey to this disease of consumerism. Not only do bank balances depreciate but our manners and Islamic values tend to fly out the window at the same time, all in the name of huge discounts. We won’t mind pushing an elderly uncle just to get the last item, jumping ahead of a Dadima, standing in between two ghair mahrams or even knocking a mum with a toddler over. These are actions that go against what our Nabi Muhammad (SAW) has taught us.

Amr bin Auf (R.A.) narrates that Rasulullah (SAW) said: “By Allah I do not fear poverty and starvation overtaking you, but I fear that you will have abundant wealth at your disposal as it had been at the disposal of the nations before you. You will then become extremely greedy in accumulating this wealth just as the previous nations had done. This (greed) will be the cause of your ruin and destruction just as it destroyed the people before you”. [al-Bukhari (3158) and Muslim (2961)]

Ponder about the tactic behind the Black Friday Craziness. These specials are created to tempt us, the innocent consumer, often plunging them into unnecessary debt.

It’s wise to take advantage of a sale and from an Islamic perspective, there is nothing wrong with wanting to purchase discounted items but there is however, something majorly wrong with someone who camps out for hours and spends all morning in a queue, yet throughout the rest of the year that person does not even bother giving such priority to acts of worship. That very person can be early for the black Friday specials yet one of the last few to arrive for the Jumuah khutbah.

Alhumdulillah! As Muslims we are blessed with a Friday every week. It is on this day of Jumuah that Allah Ta’ala created Adam (As), it was on this day that Allah entered him into Jannah and it was on a Friday that Hadrat Adam (AS) entered this world. It is an auspicious day, the most special day in the entire week. It is an important day in the life of a Muslim, A day filled with so much of grandeur that if a Muslim dies on this day Allah saves him from the interrogation in his Qabr.

Abu Huraira (R.A.) reported Allah’s Messenger (may peace be upon him) as saying: The best day on which the sun has risen is Friday; in it Adam was created, in it he was made to enter Paradise, and in it he was expelled from it.

Fridays are full of barakah and good. Nabi Muhammad (SAW) has advised us to recite abundant durood on Friday. For one durood recited you will receive 10 hasanah (good deeds), you will have 10 sins forgiven, and your status is elevated 10 times. (If you ask me, THIS is a sale worth rushing for)

I think at this point we need to take a reality check. Instead of worldly deals that are trying to tempt you, take account of the Fridays you have ignored Allah (SWT), our Creator and Sustainer.

Ask yourself, do you give your Friday Ibadah the same priority as you do the sales frenzy or are you neglecting even the most basic acts of worship? We find ourselves in the latter part of an auspicious month of the year, the month wherein the best of creation was born. How much of importance have you given to the sunnah practices of Nabi Muhammad (SAW)?

Ibn ‘Abbas and Anas bin Malik RA reported: Messenger of Allah (sallallaahu alayhi wa sallam) said, “If a son of Adam were to own a valley full of gold, he would desire to have two. Nothing can fill his mouth except the earth (of the grave). Allah turns with mercy to him who turns to Him in repentance”.(Bukhari and Muslim)

After all, our material wealth is temporary, it’s for this dunya and will one day cease to exist. It’s our good deeds that will last an eternity, accompany us to our graves and ensure our entry into eternal bliss in Jannah, Insha Allah.

So forget black Friday, don’t get tangled in this twisted web. As Muslims we should abstain from using the term black Friday, we should instead show respect to this blessed day, the Nurani Friday (a day filled with blessings). So, offer durood upon Our beloved Nabi (SAW) and earn yourself abundant sawaab and make the most of this Friday. Allah alone knows how many more Fridays we have yet to experience. 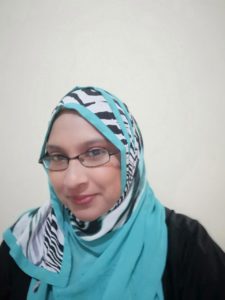 Ayesha Ismail is a social media content producer and news caster at Cii Radio. With a bubbly and eccentric nature Ayesha rarely misses an opportunity to bring a smile to whoever she meets. Ayesha loves family road trips, did someone say “game reserve”?? Ayesha is there!
On her personal motto, she believes that the future belongs to those who believe in the beauty of their dreams. So, hussle on and never miss an opportunity to start your day with fajr.