Stay away from Halloween 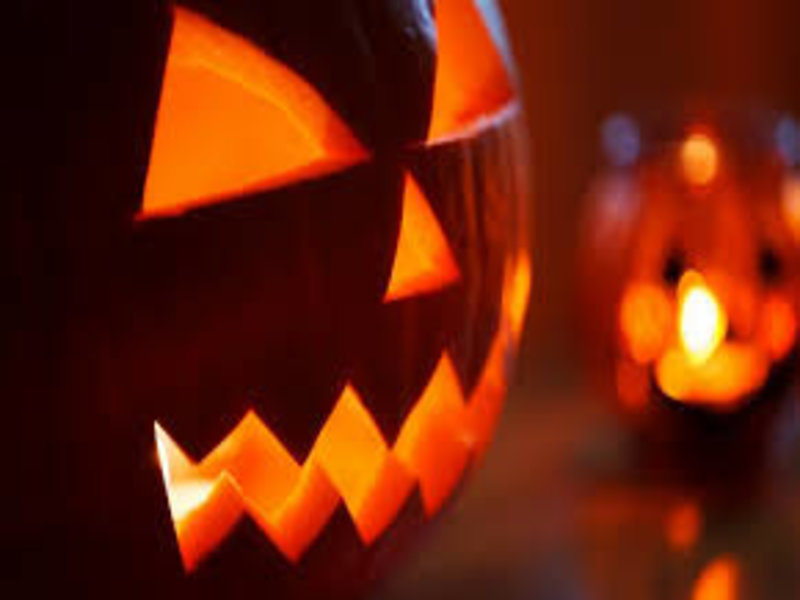 The origins of Halloween date back to around 2000 years ago, during the time of the Celtics.

During that time, the church moved all saints day from May 13 to November 01. Hence, the Celtics celebrated their new year on November 1st. This day marked the end of the summer and as winter approached, it was reflected upon as a time of darkness.

How it began
On October 31st (the eve of the New Year) they celebrated a festival called Samhein or all-hallows evening (now known as Halloween), a celebration that was supported by the belief that the ghosts of the dead roamed the earth.

Samhein was said to be the god of the spirits and the dead.

This night depicted all forces of evil. The Celtics believed that on this night evil spirits would rise to the surface and come back to haunt them. So some people would put on a disguise to become unrecognisable. Some would burn a fire to keep the spirits away. This is where the idea of the jack-o-lanterns originates from.

Trick or Treat
Nowadays we see children in the Western world putting on disguises and going out to do trick or treat.

The Priests would go from house to house on October 31st and demand specific types of food (to offer to the spirits). If their demands were not met, it was believed the people and their homes would be cursed with trouble, sickness, and death hence the phrase, ‘trick or treat’.

Halloween is a celebration that rejoices all things evil. Sadly these days, Muslim children also get sucked into this evil practice.

Not only is following the pagan custom futile, but by sending our little children dressed as little devils and witches asking for treats, they are dressing in a way that they are not and engaging in a demeaning act of begging for food.

Another concern is that a lot of sweets today are made with haram gelatine, that might be consumed by our innocent children. Furthermore, with child abductions these days the festival of Halloween poses a huge threat.

Virtually all Halloween traditions are based in ancient pagan culture and are considered forms of shirk.

In a nutshell, Halloween is wrong from every angle, its origins lie deeply rooted in the belief of the supernatural world, therefore, as Muslims we should not participate or condone evil celebrations like Halloween. In Islam any practice which does not have its origins in Qur’aan and sunnah is totally prohibited.

Prophet Muhammad (Pbuh) said:
“The final hour will not come until my followers copy the deeds of the previous nations and follow them very closely, span by span, and cubit by cubit” (Bukhari).
“Whoever imitates a nation is one of them” (Abu Dawud).

As parents we should advise our children to shun these western traditions. Explain to them that it is wrong to imitate others in their futile customs and festivals and educate them to refrain from practising falsehood.

We need to educate our children and explain to them that we have beautiful Islamic festivals that allow for fun and rejoicing as well. If the children are taught to be proud of their Islamic heritage, they themselves will, Inshallah, keep far from Halloween and other non-beneficial celebrations and resist the temptation to follow futile traditions.