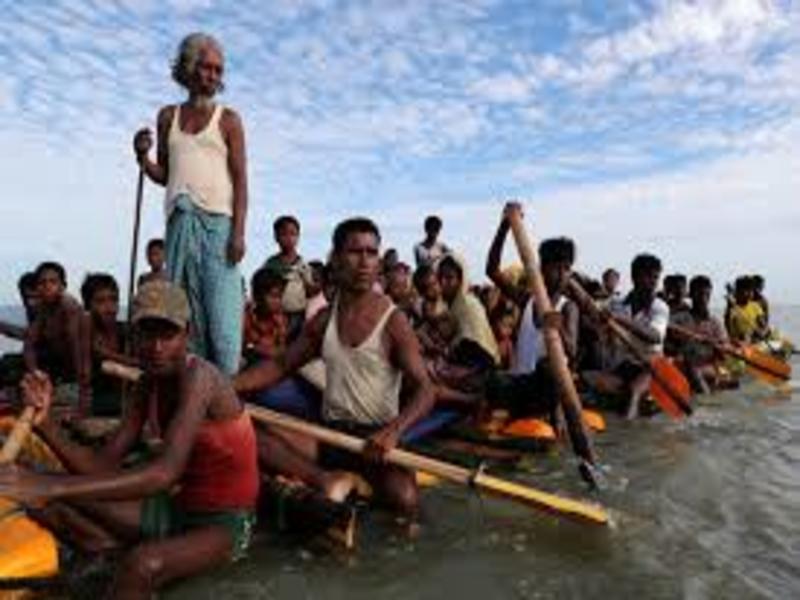 Australia on Tuesday imposed travel and financial restrictions on five Myanmar military officers seen as responsible for orchestrating a violent crackdown on Rohingya Muslims in 2017, becoming the latest country to use sanctions to punish commanders for atrocities against the ethnic minority.

The United States, the European Union, and Canada have also imposed targeted sanctions on Myanmar military brass for their role in the brutal campaign during which 720,000 Rohingya fled to neighboring Bangladesh.

The move comes as the international community continues to ratchet up pressure to hold Myanmar accountable for widespread atrocities committed against the Rohingya, despite the country’s defense of the crackdown as a necessary campaign against Muslim terrorists in northern Rakhine state.

“They [government leaders] have to move forward and to change so they face less pressure from the international community,” said Myanmar human rights activist Cherry Zahau. “It just won’t work if they want less pressure but fail to make changes.”

“Australia has hit five Myanmar generals with sanctions today, and more countries might do such a thing,” she said. “If they do, it will hurt Myanmar’s dignity.”

Former Rakhine state chief minister Maung Ohn said the international community focuses only on the actions of the military against the Muslim “terrorists,” but never considers the Hindus, Mro, and other ethnic groups who were killed by assailants during the campaign.

“I don’t have any reason to comment on Australia’s sanctions against Myanmar, but I question whether the country really knows the truth [about what happened] or not,” he said.

Myanmar political analyst Than Soe Naing said Australia is following the same path that Western European countries and the U.S. have taken with the country.

“[But] Australia’s sanctions against Myanmar have come pretty late, I think,” he said. “They came late because Australia had a good relationship with the Myanmar military in the past.”

Other sanctions in place
Australia’s move comes as the European Union considers trade sanctions on Myanmar over human rights abuses.

The bloc and Canada imposed targeted sanctions on senior military officials in June, freezing the assets of seven Myanmar army, border guard, and police officials for their parts in the violence, which included indiscriminate killings, rape, torture, and arson. The officials were also banned from traveling to the EU.

In August, the U.S. imposed targeted sanctions against four Myanmar military and border guard commanders and two military units for their role in ethnic cleansing against the Rohingya and human rights abuses against other ethnic minority groups.

The U.S. previously blacklisted only General Maung Maung Soe, the former head of the Myanmar Army’s Western Command which oversaw Rakhine state, for human rights abuses committed by security forces under his direction.

He was later fired by the military.

This week, the U.N. Security Council will hear a briefing by a U.N. fact-finding mission that investigated atrocities committed against Rohingya Muslims in Rakhine state and issued a report in September detailing the violence by Myanmar security forces and calling for the prosecution of top military commanders on genocide charges.

Rohingya repatriations
As more sanctions against Myanmar and its military brass were imposed, a Myanmar government official said Tuesday that the country has no information on roughly 8,000 Rohingya that a Bangladeshi government minister said would return to Rakhine as the first large group of repatriated refugees.
Bangladesh’s Foreign Minister Abdul Hassan Mahmood Ali made the comment at the 12th Asia-Europe Meeting (ASEM) summit in Brussels on Oct. 19.

Bangladesh and Myanmar signed an agreement nearly a year ago to repatriate some of the hundreds of thousands of refugees.

Win Myat Aye, Myanmar’s minister of social welfare, relief, and resettlement who is overseeing the repatriation program, said Myanmar officials agreed to take back only 7,000 of the 8,032 refugees on the list that Bangladesh submitted, but that none of them had arrived yet.

So far, Myanmar officials have verified and accepted only about 170 refugees who returned to the country on their own, he added.