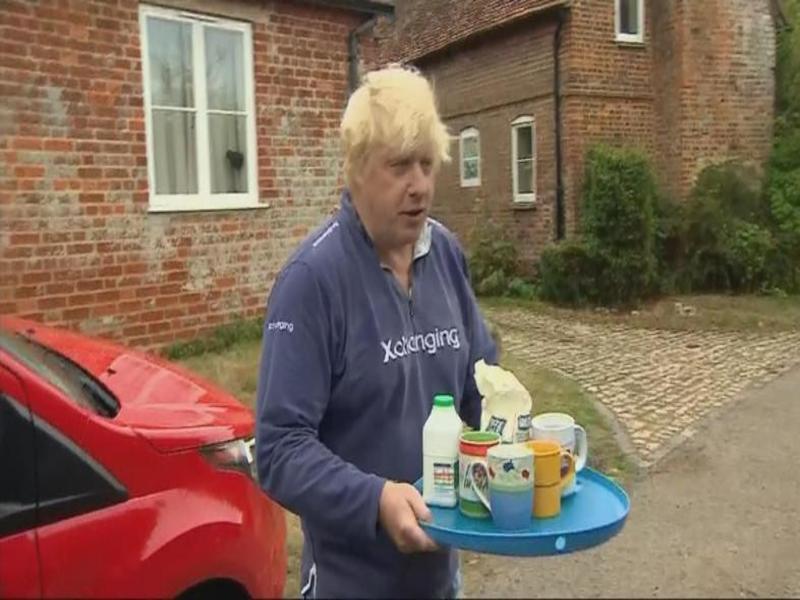 The Assistant Secretary General to the Muslim Council of Britain said Monday that former Foreign Secretary Boris Johnson needed to be held to account for writing in a newspaper article that women who wear burqas look like “letterboxes” and “bank robbers.”

Johnson made the comments in a newspaper column that argued against banning full-face veils, as Denmark has done.

The Muslim Council of Britain has written to UK Prime Minister Theresa May to ask that an investigation into the comments is not a “whitewash”.

Johnson on Sunday refused comment on the controversy as reporters stood outside his Oxfordshire home.

He came out of the house saying he had “nothing to say about this matter” and instead offering the waiting journalists a tray with cups of tea.

Johnson has been criticized by Muslim groups and politicians, including May, who urged Johnson to apologise.

Johnson, a former mayor of London,quit May’s Conservative government last month in a dispute over the country’s departure from the European Union, accusing the prime minister of killing “the Brexit dream” with plans to continue close economic ties with the EU after the U.K. leaves the bloc in March.