World’s first floating kitchen will serve customers out at sea 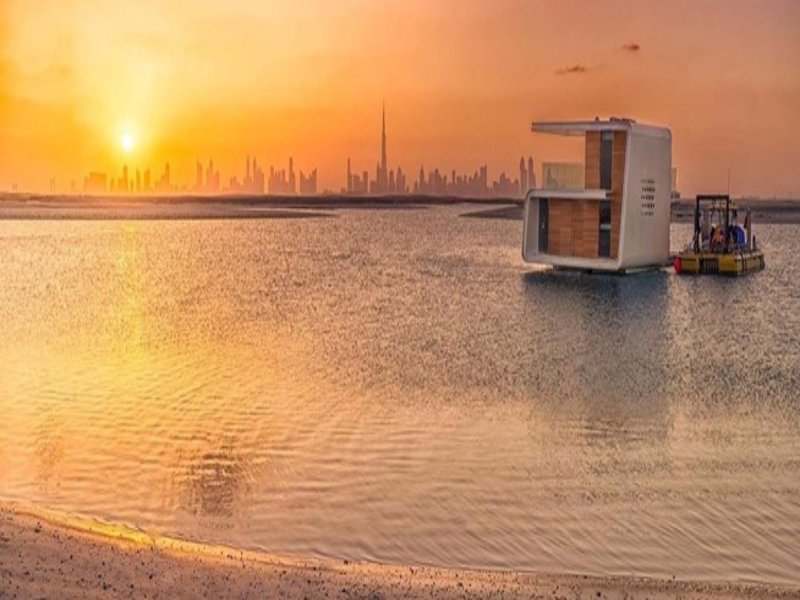 The world’s first floating kitchen will be coming in the seas of Dubai later this month, taking the concept of food trucks out to the sea and catering to customers on jet skis, boats and yachts.

“We started this project back in May of last year, with the Aqua Pod taking three months to construct. The goal here is to redefine the idea of a food truck — which is always found on land — and to develop what you can call a floating kitchen that serves people who are in marine craft rather than cars,” said Ahmad Yousuf, founder of Aquatic Architects Design Studio, the main consultant and builder for the Aqua Pod.

Yousuf said that the Aqua Pod would initially start its operations in Jumeirah, covering areas such as Al Sufouh and Kite Beach.

“The Aqua Pod is able to move around and relocate depending on consumer demand. The main areas we are going to be serving at the start will be in Jumeirah, so places like Al Sufouh Beach, Kite Beach, and the Palm Lagoon one and two.”

Explaining how customers would order their food, Yousuf said that two ordering systems have been created.

“The first method we have created is called the flags system, which sees a delivery jet ski leaving out of the Aqua Pod and going to all of the boats around us giving them the flags. The people on those boats who want to make an order can raise their flag, and the jet ski will go back out to take their order, and then deliver the food as well when the entire order is complete,” he said.

“[In] The second way people can order directly at the Aqua Pod; they can stop their boat or jet ski along the pod and place their order with the cashier. This is more designed for smaller marine craft rather than the bigger ones,” he added.

On the cuisine being offered, Yousuf said the Aqua Pod would be serving burgers as it was the most convenient food to sell.

“Our client decided to go with the burger concept, most people out on the beach like to eat a burger, and it’s the easiest meal to consume. In the future, the menu options can be expanded to pizzas and desserts depending on the success.”

Yousuf also highlighted the Aqua Pod was built with sustainability in mind, and would be electrically run and it would have a system that would collect any trash found in the sea.

“The Aqua Pod was designed with sustainable mechanisms, the whole pod will be electronically run, this includes electrical propulsion. The pod also has a built- in system that allows it to collect any trash in the sea.

“So even if someone makes an order from us and then throws that trash into the sea — which is out of our control — the Aqua Pod can take in all that waste into one of its tanks, which is then discharged afterwards,” he added.