Yemeni children ‘born into war’ face the possibility of famine 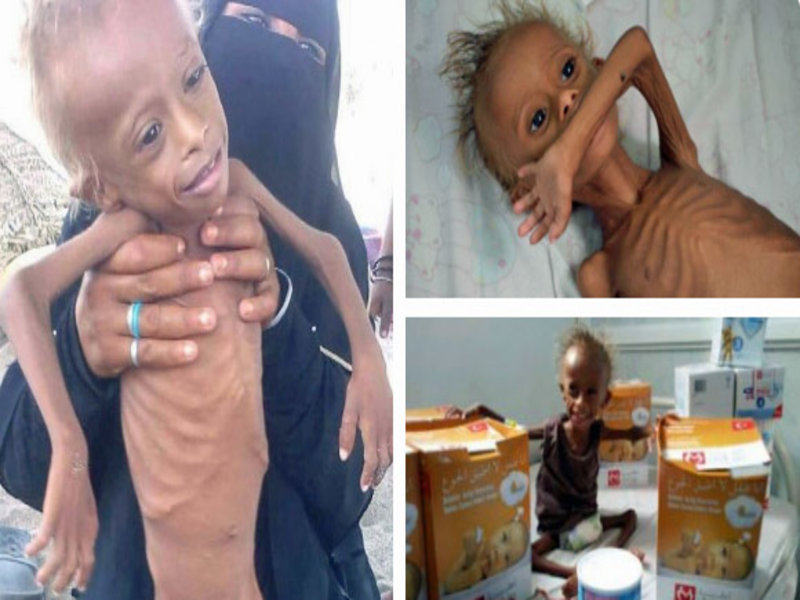 More than three million children have been born in Yemen since the escalation in violence in March 2015, UN Children’s Fund, and UNICEF, said on Tuesday.

A UNICEF report entitled “Born into War” offers a detailed look on how Yemeni children have been scarred by years of violence, displacement, disease, poverty, undernutrition and a lack of access to basic services including water, health care and education.

“More than 5,000 children have been killed or injured in the violence — an average of five children every day since March 2015,” the report said, adding that more than 11 million children needed urgent humanitarian assistance — more than half of the country’s child population — as they did not have access to safe drinking water or adequate sanitation.

The report also touched on the problem of widespread disease. “Suspected cholera and acute watery diarrhea have affected over 1 million people, with children under 5 years old accounting for a quarter of all cases,” it said.

Noting that nearly two million children were out of school, the report said a total of 256 schools were reported “totally destroyed” as of the end of September 2017, while 150 schools were occupied by displaced people, and 23 of them by armed groups.

“Three-quarters of all girls are married before the age of 18,” the report also added.

UNICEF’s Yemen Representative Meritxell Relano noted that an entire generation of children in Yemen was growing up knowing nothing but violence.

“Children in Yemen are suffering the devastating consequences of a war that is not of their making,” she said.

UN’s World Food Programme (WFP) also said on Tuesday that 22.2 million Yemenis were in need of humanitarian assistance with nearly 18 million not knowing where their next meal would come from.

“More than eight million of them are extremely vulnerable and entirely dependent on external food assistance,” WFP warned.

On the brink of famine
In the worst-case scenario, the war-torn nation “faces a risk of famine” if there is prolonged and significant disruption to imports through its two Red Sea ports, said a specialist US-based agency.

More people are predicted to go hungry in July 2018 than in the same month last year, added the Famine Early Warning Systems Network in its latest analysis, which focuses on projected food needs for July.

A Saudi-led military coalition fighting the Iran-backed Houthi movement had closed key ports, Hodeidah, which is the country’s main entry point for food and humanitarian supplies, and Saleef, in early November.

The US-backed coalition accuses Iran of sending weapons to its Houthi allies through Hodeidah. More than 10,000 people have been killed in the conflict.

Yemen, a nation of 28 million people, imports more than 85 per cent of its food and medicine.

The ports have temporarily re-opened for 30 days, and cranes arrived on Monday to help with the aid flow, but it’s unclear if they will stay that way, said Stephen Anderson, Yemen country director for the World Food Programme (WFP).

In 2017, 17 million Yemenis, or about two-thirds of the population, were considered hungry,with 6.8 million needing immediate, adequate and sustained food assistance, WFP said.

The numbers have gone up with 8.4 million now on the brink of famine, it added.