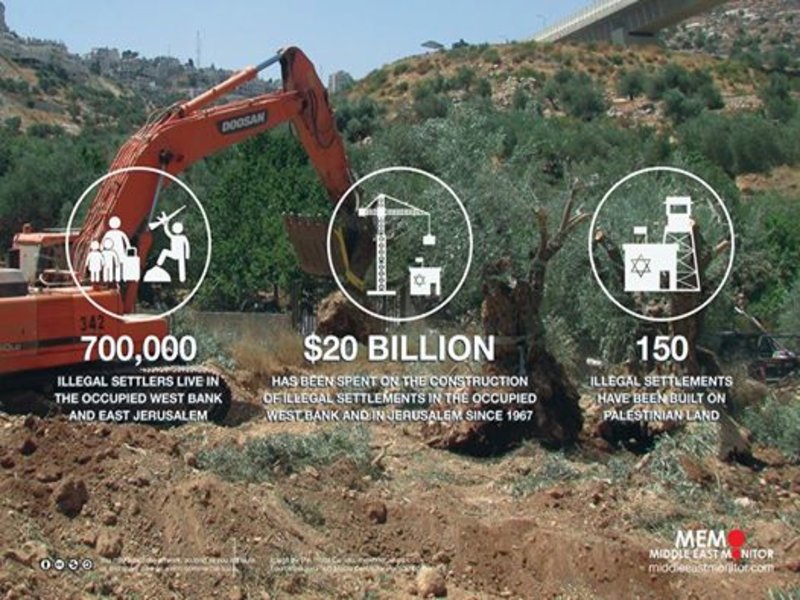 On 13 Aug. 2017, Rania al-Muhtaseb documented Israeli security forces coming to her home in central Hebron and welding shut a door to the house, on the unfounded grounds that the entrance served “fleeing suspects”. The forces used severe violence against her aunt, Zleikhah al-Muhtaseb, 55, who tried to prevent the welding.

Video footage has emerged of Israeli occupation forces in Hebron assaulting a 55-year-old Palestinian woman in Hebron as she tried to prevent them from welding shut the door to a family home in the segregated Old City.

According to Israeli rights group B’Tselem, on 13 August, Israeli forces arrived at the home of Bassem and Rania Al-Muhtaseb and “informed the family of their intention to weld the back door shut”, claiming that it was used by “suspects” to flee (no details or evidence were provided).

The building has two entrances, with the main one opening onto the square in front of the Ibrahimi Mosque, some 30 metres away from an Israeli army checkpoint. The back entrance, however, faces the Hebron market, which the family uses “to avoid the hassle of crossing the checkpoint”.

In addition, the checkpoint is completely closed after 10pm, forcing residents to take “a long detour” through other checkpoints, “and requires taking a taxi or climbing over neighbouring rooftops”.

In the video footage shot by Rania, Israeli occupation forces can be seen attempting to forcefully drag away and handcuff Rania’s aunt, 55-year-old Zleikhah Al-Muhtaseb.

According to B’Tselem:“The forces eventually screwed the door shut and left the house. At around 9:00pm, Border Police officers returned and welded the door shut.”

The NGO notes how “Israel imposes extreme restrictions on the movement of Palestinian residents in downtown Hebron, forcing them to constantly undergo security screening at checkpoints and denying them access to vast parts of the city”.

In this particular case, B’Tselem continued, Israeli forces “sealed off a door inside a private home while using violence – an invasive violation that denies residents the ability to lead a normal life.”

The NGO concludes by describing the incident as yet “another example of Israel’s policy of segregation and restrictions on Palestinian movement in central Hebron, coupled with abuse, violence and daily harassment by security forces and settlers.”