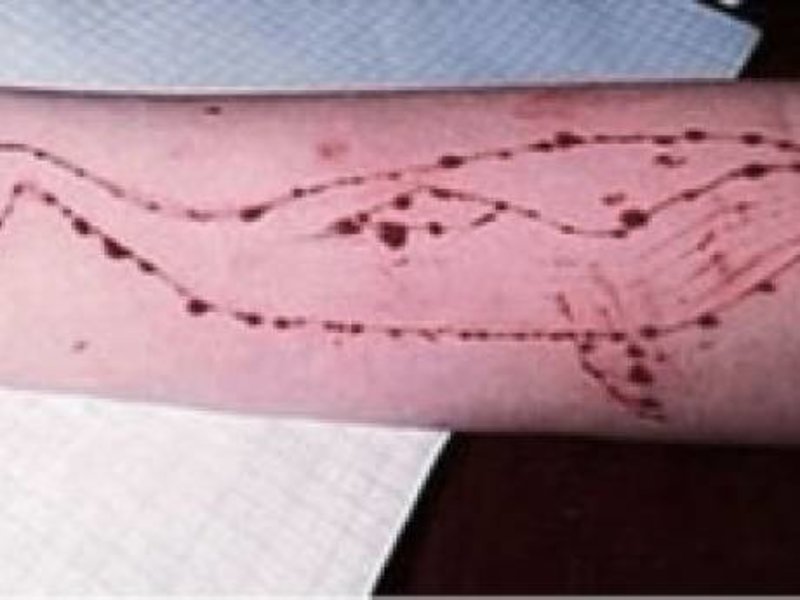 Parents have said they have been warned about the dangers that the game Blue Whale poses and stressed that vigilance is the key— children must always be monitored to ensure they stay safe.

Venus Ramos, a Filipino, said: “At my six year-old’s school — The Winchester School in Jebel Ali — the parent’s group has been warned about the dangers of the game Blue-Whale, as soon as it was being talked about. We were given an idea about the suicidal tendencies it promotes.”

“Now that my daughter Gabrilla-Anne is on vacation, I let her use the iPad to watch age-appropriate shows and movies on YouTube. She also plays games such as puzzles — but I am always checking on her online activities to make sure she is watching the right thing. I have heard of this dangerous game, and have been alert about it from the beginning,” Ramos said.

Yahya Ahmad, an Egyptian, said he was shocked to hear about this online game and how it pushes kids to endanger their lives.

“I have three children between the ages of 9-14, and of course like most kids, they own phones and are online every day. I have warned them about the game, and have been monitoring their phones manually to see the apps they have downloaded and the games they are playing. It is really important to publicise the dangers of these games, because awareness could save lives.

“In this social media age, it makes it harder for parents to keep track of every single thing their child is doing on their phone or on the computer. I am thinking of installing a tracing programme for my peace of mind,” Ahmad said.

India
At least two families in Kerala – one each in Thiruvananthapuram and Kannur – now feel that their sons’ deaths were caused by their addiction to the deadly game, which demands of its players to do weird tasks including inflicting self-injury, watching horror movies and doing outdoor tasks at night.
The game created by a Russian, Philipp Budeikin, directly targets children and encourages them to harm themselves over 50 stages, culminating in suicide.

The one who took his life in Kannur was aged 22 years, and the teenager in Kannur who hanged himself was only 16, according to local media reports.

Significantly, police say that neither of these cases can be confirmed as having been caused by playing the game.
But the game has been so much in the limelight that even India’s Supreme Court made a mention of the game.

More than six children across the country in the age group of 12-19 years have taken their lives playing this game within a span of last two weeks.

Last week, the Delhi High Court (HC) expressed concern over several children committing suicide in India while playing the ‘Blue Whale’ Challenge, a game that has been linked to deaths of hundreds of children worldwide.
Official concern

The HC Bench said it was difficult to imagine how children could be influenced to the extent that they could agree to commit suicide while playing the game. “Why are children and adults getting into this game in which dangerous tasks like self-inflicting of wounds on the body are assigned to the player by administrators during a 50-day period?
“If an adult is told to do a task, why would he/she go and jump from a building. We are wondering why both children and adult are doing this,” the HC Bench comprising of Acting Chief Justice Gita Mittal and Justice C Hari Shankar asked.

Kerala Chief Minister Pinarayi Vijayan wrote to the federal authorities to clamp down on the game, and later hailed

New Delhi’s decision to regulate the Blue Whale Challenge. He also urged people to alert authorities about the existence of related links and hashtags in cyber space.

The state police have also issued an advisory to warn people about the dangers of playing the game.

A local newspaper reported that Keralites appeared to have more interest in the game compared to the average Indian. The report says that the game started trending in India in July, and that in Kerala there has been a 100 per cent spike in Blue Whale-related searches on the internet since then, far higher than in the rest of the country, and that many think that Blue Whale is a mobile app available for download which it is not.

Awareness about the dangers of youngsters becoming hooked to the game is also high in Kerala, and at least one school in the state has decided to provide classes for students about the values of life in an effort to wean students away from falling into the trap of Blue Whale or similar games.

The union government last week directed social networking platforms such as Facebook, Google and Microsoft to immediately remove any link to Blue Whale.

There is no accurate data available which can indicate the number of Blue Whale-related searches in India as there is still uncertainty over how a participant plays the game. While some believe the participant has to install some app on their phone, others say it is through various social media platforms. But according to social media experts, Kerala has witnessed a 100 per cent surge in Blue Whale-related searches.

“An analysis of Google Trends shows Kerala is topping the charts,” social media expert Ravindra Kala told Gulf News. “Keralites seem most interested in searching for the Blue Whale game. Why they are doing so is not yet known.”

The suicides of two youngsters in Kerala and Maharashtra while playing the game has forced the Goa Police to issue a formal advisory to parents on safeguarding their wards from playing the online game.

Children who play the game may suffer from depression or even have suicidal thoughts, said the advisory issued by Superintendent of Police (Crime Branch) Karthik Kashyap.

“Recognise any change in your kid’s behaviour that may point out depression or any other mental problem. Monitor your kid’s search history and get useful insights which will help you assess their the state of mind. View your child’s text messages, call logs, search history, communication via Facebook, Snapchat, WhatsApp, etc.