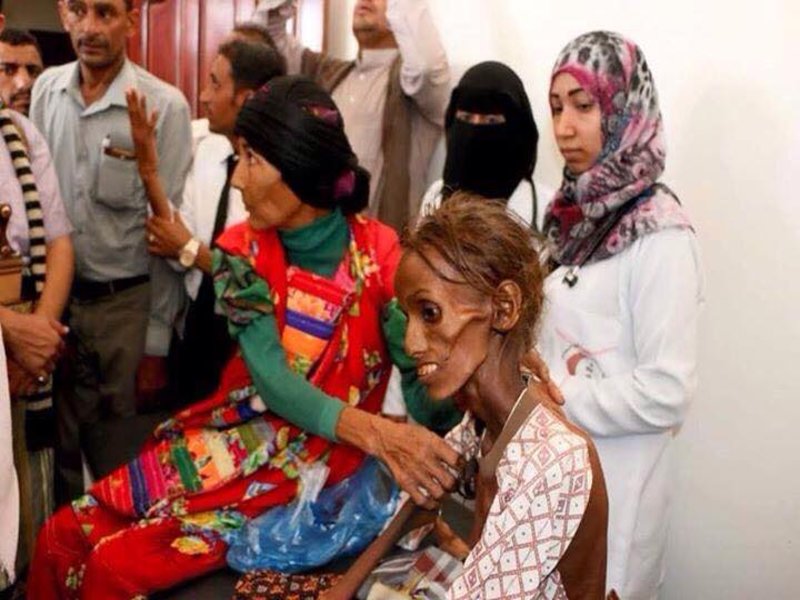 The United Nations said on Wednesday that 12 million people in Yemen faced the threat of famine brought on by two years of civil war and the situation was rapidly deteriorating. It appealed for $2.1 billion to provide food and other life-saving aid, saying that Yemen’s economy and institutions are collapsing and its infrastructure has been devastated.

“If there is no immediate action, and despite the ongoing humanitarian efforts, famine is now a real possibility for 2017. Malnutrition is rife and rising at an alarming rate,” U.N. emergency relief coordinator Stephen O’Brien told a news briefing.

“A staggering 7.3 million people do not know where their next meal is coming from,” he said.

Yemen has been divided by nearly two years of civil war that pits the Iran-allied Houthi group against a Western-backed Sunni Arab coalition led by Saudi Arabia that is carrying out air strikes. At least 10,000 people have been killed in the fighting.

Nearly 3.3 million people – including 2.1 million children – are acutely malnourished, U.N. figures show. They include 460,000 children under age five with the worst form of malnutrition who risk dying of pneumonia or diarrhoeal disease.

About 55 percent of Yemen’s medical facilities do not function and the health ministry has no operational budget, said Jamie McGoldrick, U.N. humanitarian coordinator in Yemen.

“Many of the people never make it to the feeding centers or the hospitals because they can’t afford the transport,” he said. “Many people die silent and unrecorded deaths, they die at home, they are buried before they are ever recorded.”

In all, nearly 19 million Yemenis – more than two-thirds of the population – need assistance and protection, the United Nations said.

“The Yemeni economy is being wilfully destroyed,” it added, saying that ports, roads, bridges, factories and markets have been hit.

Yemen’s main port at Hodeida is badly damaged and lacks cranes for offloading, leaving 30 ships offshore at any time and delaying deliveries, McGoldrick said. The Saudi-led coalition imposes strict restrictions on the ports which it controls.

“In Yemen, if bombs don’t kill you, a slow and painful death by starvation is now an increasing threat,” Jan Egeland, secretary-general of the Norwegian Refugee Council, said in a statement as the U.N. plan was launched.

One thought on “Yemen: UN needs $2.1 billion to prevent famine”