Muslim woman founded the first university in the world 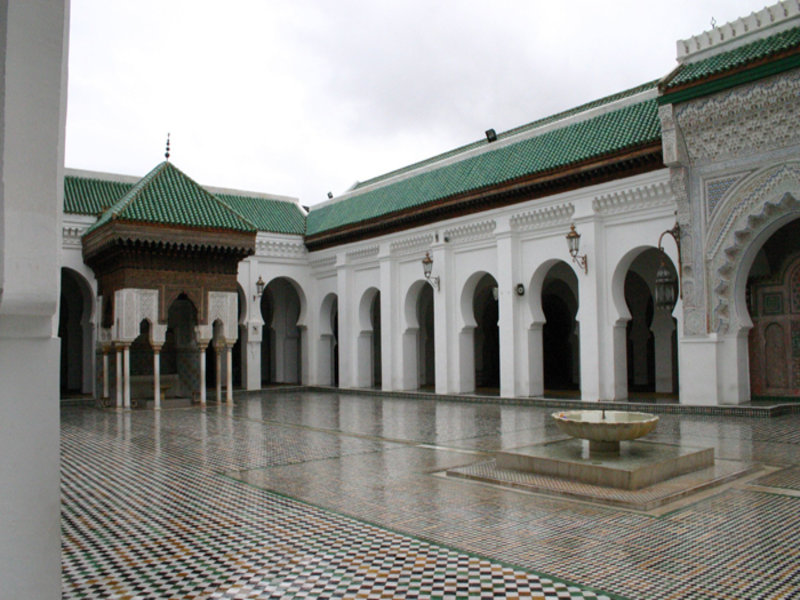 At a time when women were deprived of their rights to education and inheritance elsewhere in the world in the year 859, two Muslim women were building mosques, a university, and library.

Fatima Al-Fihri was born in the area that is known as Tunisia today. Her family migrated from their original home to the city of Fez in Morocco in the ninth century. Fez at that time was a bustling metropolis of the ‘Muslim West’, known as Al-Maghrib. One of the most influential Muslim cities, Fez boasted a rich combination of religion and culture, both traditional and cosmopolitan. This was the city where Fatima’s family settled and she eventually married.

Fatima’s family was blessed with prosperity. Her father, Muhammad bin Abdullah Al-Fihri, had become a successful businessman in Fez. Fatima and her sister, Mariam, were both well educated.

After the deaths of Fatima’s husband, father, and brother in short succession, Fatima and her sister received a sizeable inheritance from their father’s wealth, which ensured their financial independence. Fatima and Mariam were visionary women. The two sisters vowed to dedicate their wealth for the benefit of their community.

Observing that the local mosques in Fez were becoming overcrowded with the growing population of worshipers, many of whom were refugees from Islamic Spain, Mariam built the grand Al-Andalus Mosque in the year 859.

Fatima founded Al-Qarawiyyin Mosque, which was the largest mosque in North Africa. The mosque she built was a large complex and within its walls a university was built, which is still a part of the mosque to this day. The University of Qarawiyyin is considered by historians to be the oldest continuously operating, degree-granting institution of higher education in the world. The university was regarded as one of the leading spiritual and educational centers of the Muslim world.

Fatima directly oversaw and guided the construction process in great detail. She had ambitious aspirations, and early on began buying property adjacent to the initial land, thereby significantly increasing the size of the mosque. She diligently spent all that was required of time and money to see the project to completion. She was also extremely pious and devout in worship and made a religious vow to fast daily from the first day of construction in Ramadan 245 AH/859 CE until the project was completed some two years later, whereupon she offered prayers of gratitude in the very mosque she had so tirelessly worked to build.

The location of the university within the compounds of the mosque attracted scholars from far and wide. The university produced great thinkers such as Abu Al-Abbas, the jurist Muhammad Al-Fasi, and Leo Africanus, a renowned traveler and writer. Other prominent names associated with the institution include the Maliki jurist Ibn Al-Arabi, the historian Ibn Khaldun, and the astronomer Al-Bitruji (Alpetragius).

The university played a leading role in cultural and academic relations between the Islamic world and Europe. The university’s outstanding caliber attracted Gerber of Auvergne who later became Pope Sylvester II and went on to introduce Arabic numerals and the concept of zero to medieval Europe. One of the university’s most famous students was the Jewish philosopher, theologian, astronomer, and physician, Maimonides.

Alongside the Qur’an and Fiqh (Islamic jurisprudence), other subjects that were also taught at the university included grammar, medicine, mathematics, astronomy, chemistry, history, geography, and music. Gradually, a broader range of subjects were introduced in the university, particularly natural sciences, physics, and foreign languages.

Fatima Al-Fihri also founded a library in the University of Qarawiyyin, which is one of the world’s oldest libraries, preserving some of Islam’s most valuable manuscripts. The library is rich in the oldest works of Islamic literature.

Among the manuscripts it has kept safe are volumes from the famous Al-Muwatta of Malik written on gazelle parchment, the Sirat Ibn Ishaq, a copy of the Qur’an given to the university by Sultan Ahmad al-Mansur in 1602, and the original copy of Ibn Khaldun’s book Al-‘Ibar. The library’s collection of over 4000 manuscripts includes a 9th century Qur’an and the earliest collection of Hadiths.

Over the years, the library’s century old buildings began to deteriorate, and the treasures within were at risk. While scholars had access to the materials, the library’s deteriorating condition meant it had been closed to the public. In 2012, Kuwait’s Arab Bank provided a grant for cultural preservation to the Moroccan Ministry of Culture, to fund the restoration of the buildings, protect the materials, and to open the library as a new public space.

The Moroccan Ministry of Culture asked the brilliant architect, Aziza Chaouni, to restore the library so that it can reopen to the general public. This major project, headed by Chaouni, took three years to be completed.

The library opened in May of 2016. The public can now wander through a reading room, stacks of books with that musty smell of old books, a conference room, a manuscript restoration laboratory, a section for the rare books collection, along with new administrative offices and a café.

Chaouni proudly said, “Both Moroccans and foreign visitors will get to glimpse, for the first time, some of the library’s amazing and unique manuscripts, as well as to enjoy its architecture.”

According to UNESCO, the University of Qarawiyyin is the oldest operational educational institution in the world. The fact that the first university in the world was founded by a woman is fascinating, and her being a Muslim woman makes it even more so.