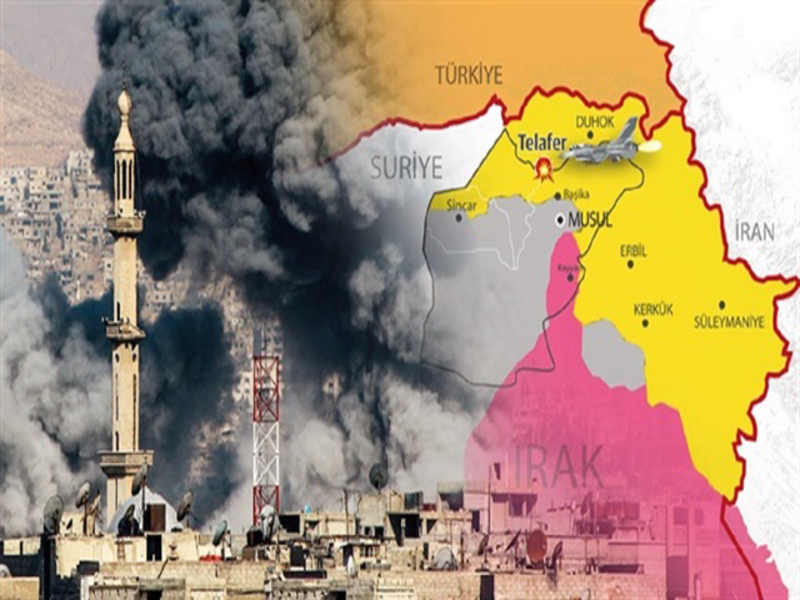 The United States, which has been using all efforts to push Turkey out of the Mosul operation, is planning a dangerous game along with Shiite militias and PKK terrorists.

According to new plan, Daesh terrorist group would be driven towards Tel-Afer, a Turkmen populated city with 450,000 inhabitants near the Turkish border.

Then the city would become a target of the U.S.-PKK-Shiite coalition attack that could lead to dangerous ethnic cleansing in the area.

US Mosul plan omits Turks and Sunni Watani group
The news operational plan prepared by the U.S. military and shared with the PKK and Shiite groups, the Sunni populated Mosul would be attacked by Shiite militants and the PKK terrorists.

Not only the Turkish troops, but the Sunni militias from the al-Hashdi al-Watani group, trained by the Turkish army in Bashiqa camp near Mosul, would also be omitted from joining the operation, according to the plan.

U.S. State Department Spokesman John Kirby said on Tuesday that the operation would be launched by the leadership of the Iraqi army and Iraq should decide on which forces would join them.

But the leaked plan showed that not Baghdad, but Washington would decide which forces would be allowed to join the operation.

The numbers of forces
At least 25,000 Shiite militias had already been gathered near Mosul when a group of 3,500 PKK terrorists would be allowed to join the offensive under the Iraqi military.

Coalition forces not to interrupt Daesh
Coalition forces would allow them to move towards Tel Afer along with civilian convoys and would not attack the terrorists under the excuse of civil casualties.

Thus, the Sunni-populated Mosul would completely be captured by Shiite militias and PKK terrorists, according to the plan.

All checkpoints of the ancient and historical city would be controlled by Shiite militia group al-Hashdi al-Shaabi.

Such a situation would force at least 1 million civilians to run to Tel Afer, 65 kilometers west from Mosul.

Iraq Turkmen Front Leader Ershed Salihi warned that at least 1.5 million Iraqis would be forcibly displaced that could spin the whole region into an environment of unrest.

The chaos plan prepared by the U.S. and its allies, a new terror corridor would be established in Tel Afer-Habur line of northern Iraq across from the Turkish border, Salihi said.

He suggested that Turkey’s military-backed operation Euphrates Shield should be widened.

If the U.S.-led chaos plan succeeds in northern Iraqi cities in Mosul and Tel Afer, the PKK terror group would set up an 85-square-kilometer corridor on the Tel Afer-Sinjar-Habur line. Then this corridor would be merged with al Hasakah- Tel Abyad-Ayn al Arab line, Salihi said.

He stated that the Turkmen city of Tel Afer should not be awarded to PKK terrorists.

“Turkey’s interference and factual support could help to form a Free Syrian Army-like land force in northern Iraq,” said Salihi, adding that he believes such an initiative can gather around 7,000 volunteer fighters.
Source – yenisafak.com