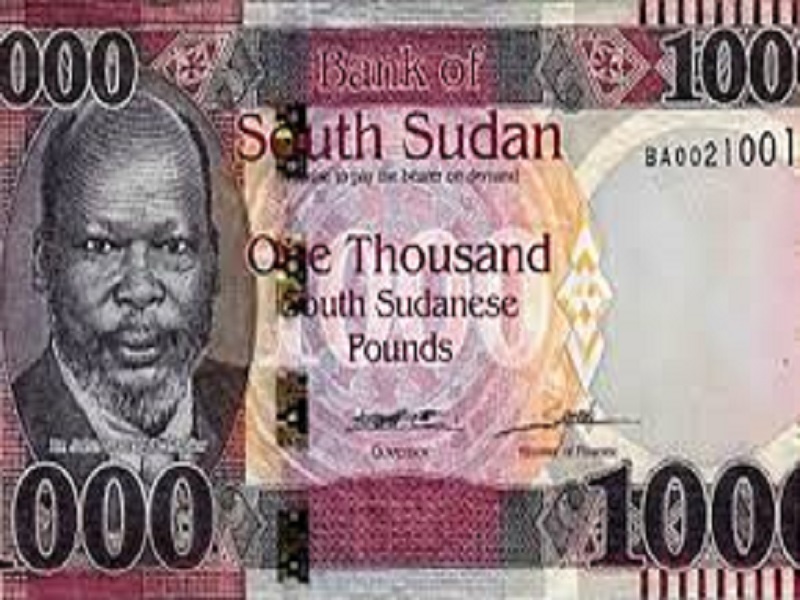 This week South Sudan’s Central Bank introduced a 1,000 Pound banknote in a move to ease transactions.

The Central Bank will soon embark on a nationwide public campaign on the key security features of the new denomination.

The 1,000 Pound banknote has a feature for the partially sighted, a watermark, disappearing value, and is a gold-coloured iridescent banknote. It also has a watermark portrait of Dr John Garang De Mabior with the dominant maroon colour and a colour changing holographic security strip, among other distinct features.