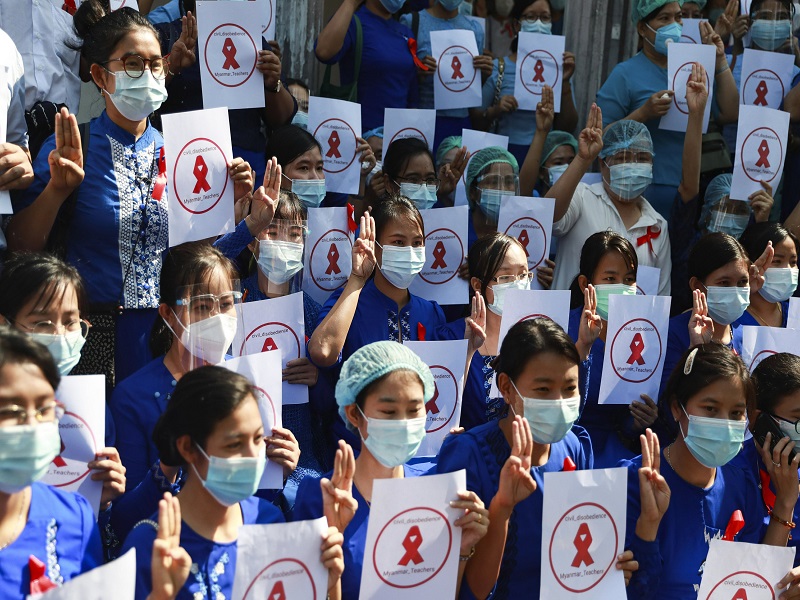 A civil disobedience movement in Myanmar is gaining momentum with teachers and students protesting against Monday’s military coup.

Demonstrators at a university in the biggest city, Yangon, chanted support for jailed leader Aung San Suu Kyi and wore red ribbons, her party’s color. Ms Suu Kyi and other leaders have been held since the military’s coup. Earlier, the military detained another senior leader from her National League for Democracy (NLD) party. Although Ms Suu Kyi has not been seen in public since Monday she is believed to be under house arrest.

Myanmar has remained mostly calm in the aftermath of the coup, which has plunged the South East Asian country into uncertainty. This afternoon, hundreds of teachers and students gathered outside Dagon University, where they displayed the three-finger salute – a sign that has been adopted by protesters in the region to show their opposition to authoritarian rule.

There have been a number of demonstrations in different parts of Myanmar – the first large-scale street protests seen in the country since the coup. Some healthcare workers, teachers and civil servants have either organized small protests or gone on strike, while others have continued to work wearing symbols of defiance such as a red ribbon.