The quaint seaside village of Kalk Bay, Cape Town and the creative melting-pot of Maboneng, Johannesburg, have been named two of the ‘coolest neighbourhoods in the world’ by US business magazine Forbes.

The neighbourhoods beat Manhattan in New York, and London’s fashionable Soho district to be included on the list of just 12 neighbourhoods.

The list also includes Amsterdam Noord in Amsterdam, Keramikos in Athens, and Seongsu-dong in Seoul.

Maboneng has transformed from a no-go zone at the end of Apartheid to a “lively urban area with blossoming art and culinary scenes”, Melissa Biggs Bradley, founder of luxury travel agency Indagare, told Forbes.

Maboneng, a Sotho word meaning “place of light”, is known for the Museum of African Design in Arts on Main, a complex of restored factories and buildings which now house several galleries, restaurants and boutiques 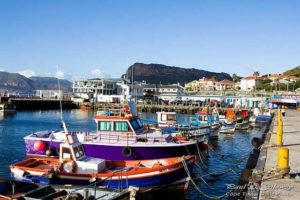 “Locals have always known that Kalk Bay is a cool place, but its inclusion in the Forbes list means that many of our international visitors may now put it on their itineraries,” says Western Cape Economic Opportunities MEC Alan Winde.

“Each seaside ice-cream, delicious plate of fish and chips or souvenir bought from a small store goes a long way to growing the tourism and hospitality economy, and creating new jobs,” Winde said in a statement on Monday.

Here is the full list of cool suburbs around the world