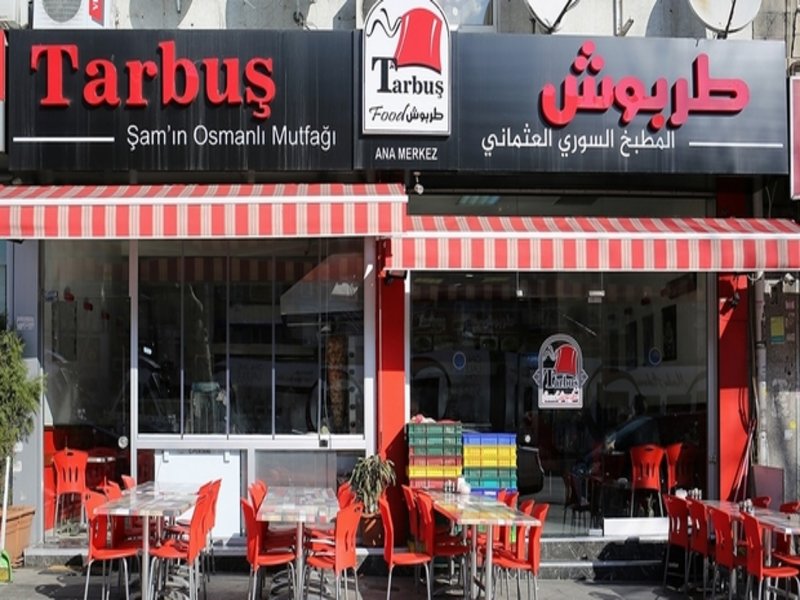 Mohammed Nizar Bitar, who has built a restaurant empire in five years, told to remove all Arabic from outlets in Istanbul’s ‘Little Syria’ district

A Syrian businessman hailed as the symbol of refugee success in Turkey is fighting a local government order to remove all Arabic signage in an Istanbul area dubbed “Little Syria”.

The Fatih district municipality sent a notice to businesses in the Yusufpasa area last year to remove all signage not in the Latin alphabet, the Hurriyet newspaper reported. Fatih stated it was acting on a national edict from the government’s cultural heritage protection institute to “protect cultural values”.

This was not acceptable to Mohammed Nizar Bitar, a Syrian refugee who in 2012 launched his first “Tarbus” restaurant in the area – now part of a business empire which has expanded to nine outlets and two bakeries, and employs 300 Syrians.

Bitar filed a case against the directive, stating that his brand – including Arabic lettering in the logo – was registered with the Turkish patents office.

“We registered our brand and logo. We have nine branches now. We opened our restaurant in Yusufpasa four years ago. We were the first to put up a sign in Arabic. No one said anything then,” Bitar was quoted as saying.

The fast-food restaurant’s logo is a fez with the Arabic word for it, Tarbus, written underneath. The signage also has Turkish and Arabic writing that says “Ottoman cuisine from Syria”.

Bitar made headlines in the Turkish media for symbolising both Syrian refugee success and Turkish hospitality after turning a small basement catering operation into a business empire that includes nine restaurants and two bakeries.

Sign of the times
The Fatih municipality asked for the case against it to be thrown out since the cultural institute operated under the government’s ministry of culture.

But in a statement to the court in April, the culture ministry denied that the directive had come from its cultural heritage protection institute and said the municipality had acted based on its own “new signage standards” regulation, according to Hurriyet.

Bitar said he would lose the majority of his business if the Arabic signage was removed.

“Many Syrian restaurants removed their signage after the directive but they lost many customers. Most Arabs don’t speak Turkish. I will lose 70 percent of my custom if I remove the Arabic signage. That is why I launched a court case,” said Bitar.

Turkey hosts around three million Syrian refugees and has received international praise for opening its borders to Syrians during the early years of the conflict.

The Syrians, however, are not given refugee status but called “guests”. This leaves them reliant on the goodwill of

Turkish authorities since they are deprived of international rights and protection guaranteed for refugees.

About 300,000 Syrians will eventually be granted Turkish citizenship, according to officials.

Over the summer, other cities in Turkey such as Adana, Gaziantep and Kilis with large Syrian populations also saw municipal patrols remove shop signs with Arabic script. The government has not commented on the matter.

In May, the court hearing the case refused Bitar’s request to stay the Fatih municipality’s directive to remove Arabic signage. A final ruling is yet to be made.