Cox’s Bazar, Bangladesh – Breaking her silence on the violence in Myanmar’s Rakhine state that has sent hundreds of thousands of Rohingya Muslims fleeing, the country’s de-facto leader Aung San Suu Kyi has condemned “all human rights violations” there.

In a highly anticipated speech to the nation from the capital, Naypyitaw, she said on Tuesday that she “feels deeply” for the suffering of the people caught up in the crisis, and warned that anyone responsible for abuses would face action.

But she failed to address UN accusations of a campaign of “ethnic cleansing” against the Rohingya by Myanmar’s military – an offensive that has forced more than 420,000 Rohingya to flee to neighbouring Bangladesh.

Instead, she suggested the minority group was partly responsible, saying a “great majority” of Muslims within the region stayed and that “more than 50 percent of their villages were intact”.

Aung San Suu Kyi, whose party won a landslide victory in 2015 ending five decades of dominance by the army, also said her government was ready to start a “verification process” at any time to bring back refugees who had fled the violence.

Myanmar, a Buddhist-majority country, has for years faced criticism for its treatment of the more than one million Rohingya, who are denied citizenship and struggle to access basic services.

Here are reactions to the speech from Rohingya refugees Al Jazeera has spoken to near the Myanmar-Bangladesh border.
Khairul Amin, 40, Balukhali camp 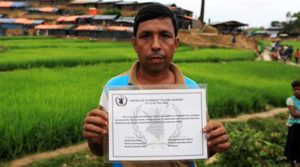 I want to go back if I am ensured my basic rights. But it’s hard for me to believe Suu Kyi will act on her words.
Suu Kyi is a traitor. A majority of the Rohingya voted for her party, the National League for Democracy (NLD), on the promise that she would provide us with national identification cards.
But once she won, she joined hands with the army-backed party [the USDP] and forgot about us. 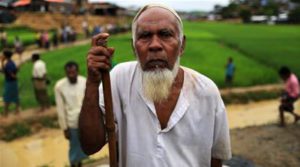 I lost everything. What’s the meaning of returning back?
Suu Kyi is a traitor, we can’t rely on her words.
Suu Kyi is only a name there [Myanmar], nobody cares about her. Everything is run and decided by the army. 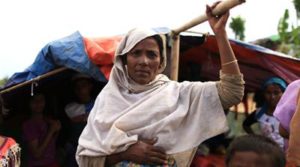 My husband Mehmudul Haq, was killed in an attack as I fled.
I do not know much about Suu Kyi, and in this condition I can’t think about what she says.
However, her father was our man, he thought about us and tried to help us.
During his time we were safe. But after Suu Kyi took power, they killed our men, burned our houses and we lost our property and our children now have nothing. 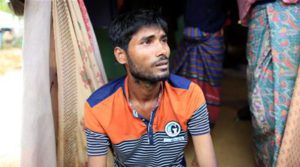 If Suu Kyi ensured us citizenship and freedom of movement, like the Buddhist people, then we can go back.
We were not allowed to join political parties and Buddhist people have threatened to kill us if we tried to join politics.
If Suu Kyi had done her job, this situation would not have occurred. She was just silent and has supported the military in its brutality against our people. 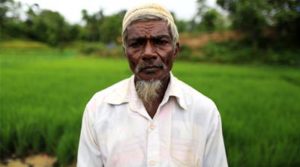 If Suu Kyi ensures peace and we would not be killed and our property would be returned, I am ready to return.
It’s hard to believe Suu Kyi wishes to do anything better for us.