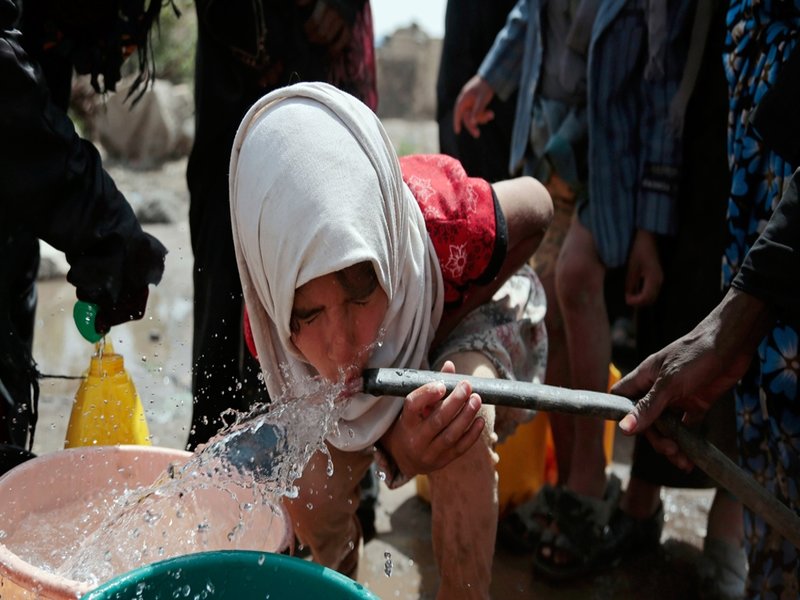 United Nations officials have warned that the conflict in the Arab world’s poorest nation, Yemen, is intensifying daily, with armed groups expanding, thousands facing a cholera epidemic, and seven million “on the cusp of famine”.

Speaking before the UN Security Council on Wednesday, Ismail Ould Cheikh Ahmed, UN special envoy to Yemen, called on all parties “to act for the sake of peace,” saying “excuses are unacceptable…especially when the solutions are in plain sight.”

“The opportunity to reach peace is not yet lost,” he said, urging political leaders to recognise that “the continuation of the war can only lead to more human and physical loss”.

In the same meeting, UN humanitarian chief Stephen O’Brien said the warring parties and their outside backers should feel “deeply guilty” at driving a worsening conflict that has exposed millions of Yemeni civilians “to unfathomable pain and suffering”, including seven million people now “on the cusp of famine.”

He urged the Security Council to “lean much more heavily and effectively on the parties, and those outside Yemen who are leading this policy and action.”

O’Brien said suspected cholera cases have been reported in nearly all the country’s districts and at least 1,740 people have already died.

The $2.1bn humanitarian appeal for Yemen is only 33 percent funded, and the response to the cholera epidemic requires an additional $250m, of which just $47m has been received, he said.

“This cholera scandal is entirely man-made by the conflicting parties and those beyond Yemen’s borders who are leading, supplying, fighting and perpetuating the fear and fighting,” O’Brien said.

On Tuesday, the International Committee of the Red Cross reported that suspected cholera cases have now surpassed 300,000.

Restarting talks
Yemen has been engulfed in civil war since September 2014, when Houthi rebels swept into the capital, Sanaa, and overthrew the internationally recognised government of President Abd-Rabbu Mansour Hadi.

In March 2015, a Saudi-led coalition, which is supporting the Hadi government, began a campaign against Houthi forces allied with ousted President Ali Abdullah Saleh.

Since then, the Houthis have been dislodged from most of the south, but remain in control of Sanaa and much of the north.

In the southern part of the country the United Arab Emirates, which is part of the Saudi-led coalition, has set up its own security forces, running virtually a state-within-a-state and heightening the south’s independence movement.

Cheikh Ahmed said he plans to invite the parties to restart discussions “as soon as possible” on agreements he proposed several months ago.

The proposal calls for continuing the flow of commercial and humanitarian supplies through the Red Sea port of Hodeida, where there has been a threat of fighting, and ending the diversion of customs revenues and taxes.

Those funds would be used to pay the salaries of government workers who have not been paid for many months and to preserve essential government services in all areas of the country.

Cheikh Ahmed also said the Hadi government “has reacted positively and has agreed to negotiate” on the basis of his proposals.

He said China played “an instrumental role” over the past few days in putting him in direct contact with the Houthis, who had refused to meet him on his last trip to Sanaa. He said this is “cause for optimism.”